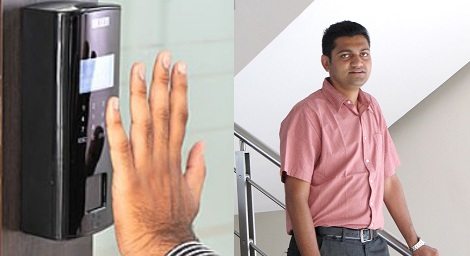 Wireless connectivity and real-time communications have given Video surveillance and access control systems an intelligent edge. Let us take a look at what is cutting edge in security systems. 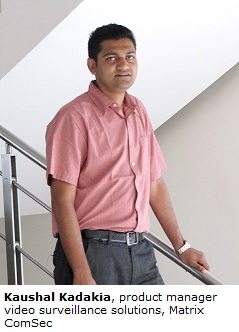 Q. What are the biggest challenges faced in India while designing security systems?
A. If you’re designing a surveillance system for bigger companies, one problem that is faced is that the infrastructure is not able to handle all the cameras together. Infrastructure optimization is one way in which this can be solved by, and it will for example allow the engineer to reduce the central processing unit (CPU) usage for the infrastructure managing up to a 100 cameras. Scalability of cameras has increased from having just a few cameras to over one-lakh cameras. Challenges faced here are with respect to a lack of centralised control, which was also magnified by the lack of wide bandwidth in India. Rising infrastructure management expenses by security customers is also a problem area being tackled by modern security systems and their optimisation.

Q. What was the biggest critical challenge solved by your R&D team recently?
A. One understated yet critical challenge was with delivering content in real-time. Security has to be real time, as passive communications won’t let you prevent theft but only investigate it. In the past, thieves took the passive surveillance device along with them leaving the owner without any evidence. Now, if any event happens under the eye of a modern surveillance system, it will identify the intrusion event send you an SMS in real-time and an email with a snapshot of the intrusion.

Q. What’s changed in video surveillance technology in the recent years?
A. Video surveillance has moved on from box setups to being able to understand events and act accordingly. Previously, these systems were designed as a closed system with a recording device and cameras connected to it, leaving you with a pure recording apparatus and nothing else. Now if someone using such a system had a theft, he would have to manually go through all the data in the recording apparatus to figure out what had happened and at what time by playing back the whole recording. To solve this problem, there is now a thing called the investigation module, which is able to monitor specific objects of interest and alert you when the object has moved.

Q. Could you give a simple example of how it works in the real world?
A. Let’s take the example of a jewellery showroom. On a counter is a piece of jewelery that later goes missing. Now instead of going through the entire piece of data and trying to figure out who stole the ornaments, what you can do is simply select the particular area. Anytime the jewellery moves out of that area, a pop up comes right up. So the investigator can start his work from this particular point instead of wasting valuable time in finding out when exactly it was stolen from their huge archive of 48 or more hours of video.

Q. For the Indian market, the biggest challenge is bandwidth. How have your engineers tried to solve this issue?
A. For the bandwidth problem, the path we took was to divide a single image into multiple different images while coming from a single camera. This means that I can select a part of an image as an area of high importance and it gets processed in full high definition (HD), the surrounding areas would be processed with a little lower resolution as they are areas of lower importance. In the entire system, those areas that are of most importance would be able to use the maximum bandwidth and deliver the maximum clarity. For example if there is a single camera in the entire room, that entire room is not the most important. But if there is a person who is now entering the room, that person is now of higher importance he would be recorded with the maximum clarity, and the lower interest areas could now be done with missed frames or lower pixels. So what is finally happening is adaptive streaming of surveillance video.

Q. Since all systems are digital these days, how challenging is it to deal with clients who are still with pure analogue systems?
A. Analogue is not the current issue. The challenge that is commonly dealt with these days is with hybrid. These are customers who used to be sporting an analogue system but later wanted to add new digital cameras. There are systems that are now available, which can handle both analogue and digital cameras. The recent technical advances with digital cameras are Wi-Fi capability, SD card support and variable focal lens apart from the usual increase in resolution for the imaging sensor.