“Electronics can benefit from Multiphysics Simulation”

Bjorn Sjodin, VP, product management, COMSOL Inc. and Vineet Dravid, managing director, COMSOL India, spoke to Jalaja Ramanunni of EFY Bengaluru, about the relevance of multiphysics in the field of electronics, product capabilities and its efficiencies. 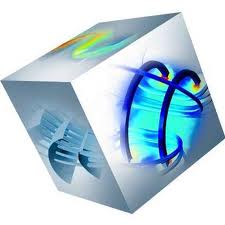 Q. What is the role of multiphysics in electronics?
A. One of the most obvious applications of multiphysics is in areas where electric circuits produce heat. This process, in turn, induces other unwanted effects, which generate thermo-stress. Thermo-stress can cause failure of electronics in the long run by melting or disintegration of solder joints. Electron drift can occur in semiconductor devices, creating mechanical fatigue because electrons move the atoms away, which might give way to embrittlement and cracking.

Q. What are the overall challenges in multiphysics?
A. Traditionally, different departments in a company work on different parts of a design using different software. Mechanical engineers work with mechanical software, electrical engineers with dedicated electromagnetic software and so on.

This method has its limitations: File sharing is difficult or impossible due to incompatibilities between different software. Using a mechanical result in the electromagnetic software may require file import/export with reformatting of data in many intricate and laborious steps, giving room for human errors. The fact that the work is spread out over several departments might even preclude management from realising that the design issue at hand is multiphysics by nature.

The solution is a very tight software integration, where exactly the same software workflow permeates all departments involved in a design project. The same simulation model can be worked upon simultaneously by several departments in parallel, giving rise to novel and efficient strategies for solving design problems.

Q. Is it possible to simulate an electronic circuit with COMSOL?
A. Though COMSOL is not used for large electronic circuit simulations, it can be used when zooming in on one component or a few components in detail. A Spice mixed-circuit model can be imported into COMSOL and combined with multiphysics simulations. One can have a circuit representation outside. Besides, one can magnify some of the components and look at these from a multiphysics point of view.

The software is written in Java and C++. There is a link from MATLAB that allows access to COMSOL C++ routines from the MATLAB environment. One can have one’s own MATLAB code and combine it with COMSOL commands seamlessly. One can opt for part-MATLAB, part-COMSOL codes. A MATLAB user will not see the difference, but the same type of commands.