An Introduction to 5G Technology 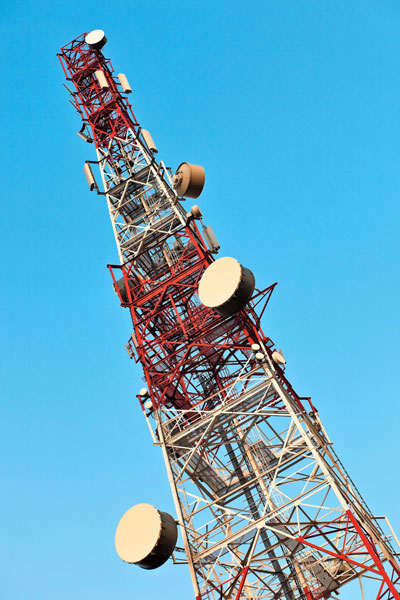 5G mobile telecommunication standards stand for fifth-generation advancements made in the mobile communications field. These comprise packet switched wireless systems using orthogonal frequency division multiplexing (OFDM) with wide area coverage, high throughput at millimetre waves (10 mm to 1 mm) covering a frequency range of 30 GHz to 300 GHz, and enabling a 20 Mbps data rate to distances up to 2 km. The millimetre-wave band is the most effective solution to the recent surge in wireless Internet usage. These specifications are capable of providing ‘wireless world wide web’ (WWWW) applications.

Users of 5G technology can download an entire film to their tablets or laptops, including 3D movies; they can download games and avail of remote medical services. With the advent of 5G, Piconet and Bluetooth technologies will become outdated. The 5G mobile phones would be akin to tablet PCs, where you could watch TV channels at HD clarity without any interruption.

Wearable devices with artificial intelligence (AI)
Internet Protocol version 6 where the IP address is assigned according to location and the connected network.
The ability to connect the user to different wireless access technologies, like 2.5G, 3G, 4G or 5G mobile networks, as well as Wi-Fi and WPAN (wireless personal area network)—or even any other technology to be developed in the future. This is basically a concurrent data transfer path technique.
Smart radio. In order to share the same spectrum efficiently during a wireless transmission scheme, the system will adaptively find (search) unused spectrum. This dynamic radio resource management will be achieved in a distributed fashion and rely on software defined transmission.
High altitude stratospheric platform station (HAPS) system. This is based on beam division multiple access (BDMA) and group relay techniques.

5G hardware
Ultra wideband networks (UWB). It is already known that Wi-Fi, Wi-Max and cellular wide area communications are long-range radio technologies. But systems like WPAN need short-range radio technology, which helps in achieving higher bandwidths (around 4000 Mbps) but at low energy levels (UWB network) for relaying data from host devices to devices in the immediate vicinity, i.e., distances of around 10 metres or so. This higher bandwidth (4000 Mbps) level is almost 400 times faster than today’s wireless networks. Each network will be responsible for handling user-mobility while the user terminal will make the final choice among different wireless/mobile access network providers for a given service. However, there should be different radio interfaces for each radio access technology (RAT) in the mobile terminal.

Smart antennae. These include the following:

Chronological evolution of mobile technologies
Although the 1G system (NMT) was introduced in 1981, 2G (GSM) started to come out in 1982, and 3G (W-CDMA)/FOMA first appeared in 2001, the complete development of these standards (e.g., IMT-2000 and UMTS) took almost 10 years. It is still unclear how much time it will take to launch the standards for 5G.

5G technology will ensure the convergence of networks, technologies, applications and services, and can serve as a flexible platform. Wireless carriers will have an opportunity to shorten their return-on-investment periods, improve operating efficiency and increase revenues. In short, this will change people’s lives in numerous ways.

The author is director R&D at Global Institute of Technology, Sitapura, Jaipur