‘Made For Mobile’ Microprocessors

There is a great degree of mobile-desktop convergence happening, as palpable from the current-generation tablets and smartphones. Yet, mobile devices have special requirements that require special processors -- Janani Gopalakrishnan Vikram

“Mobile processors are designed with the approach of doing more with less. This is one of the reasons why you do not see x86-based smartphones today,” quips James Bruce, lead mobile strategist at ARM. In the case of desktop processors, power ef-ficiency,size of the chip and thermal management are not limiting factors, though these are important design aspects. However, in the case of a mobile device, which needs to compete with a desktop in terms of functionality and at the same fitinto your pocket, working for long hours on battery, these ‘mobility’ factors are critical.

Bruce explains that desktop processors are ‘processors on chip.’ Many surrounding chips are needed to complete the compute sub-system. On the other hand, in the mobile world, the complete sub-system is on a single chip—a system-on-chip (SoC).

“For example, you may have a 3G (or even 4G) modem, processor, graphics, video unit, audio decoder, Wi-Fi, Bluetooth, geographical positioning system (GPS), dynamic random-access memory (DRAM) and Flash, all in one 14×14mm² package,” Bruce says. 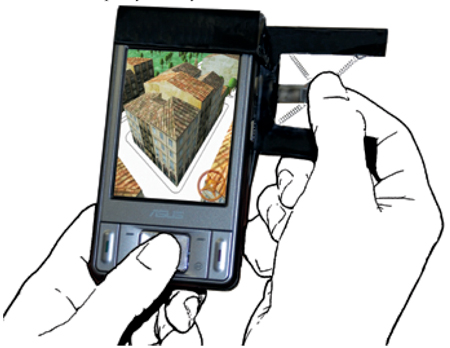 Praful Joshi, business development manager, WindRiver India, concurs, “The key challenge to an engineer designing a mobile processor is how to add more functionality while design-ing an SoC without compromising on low power consumption or low form factor. In fact, the processor chip size is a very important factor. You can see new very-large-scale integration (VLSI) technologies such as 30 nm or less being widely used in mobile processors as against desktop processors.”

“Today, consumers expect to have the same kind of computing experience on their mobile device as on their desktop or notebook PC—high-definition(HD) video playback, audio and video streaming, multitasking, Web browsing, 3D gaming and 3D interfaces. However, the power envelopes of a PC and a mobile device are radically different. Simply miniaturising a traditional x86 CPU, which you would find in vast majority of PCs, is not enough. The resulting processor might physically fitinto a mobile device but its power consumption would result in a device with a battery life of minutes,” says Vishal Dhupar, managing director, Asia-South, NVIDIA.

Dhupar recalls that when creating NVIDIA’s mobile solution Tegra, their engineers had started from the ground up with a strict power budget. The designers had to fightfor every milliwatt of power. All of this shows that a mobile being different from a desktop, its processor also needs to be different.

War of the titans
Quite naturally, the repertoire of made-for-mobile microprocessors is also increasing, with many ARM-based offerings from Texas Instruments (TI), Qualcomm, NVIDIA, MediaTek, etc, and Intel Atom chips also catching up now.

“ARM is the most popular processor in the mobile device world. It is not a derivative of any desktop processor. It was designed specificallyfor low-power-consuming devices. Since then it has emerged as a mainstream mobile processor and added more computational capabilities and a software ecosystem. ARM licenses its core processors to SoC vendors such as TI, Qualcomm and others, who, in turn, add their own unique IP for different mobile markets,” says Joshi of WindRiver—an Open Source operating systems (Android, Linux and Tizen) commercialisation partner for mobile processor designers as well as mobile device manufacturers.

ARM has several processors for designers to choose from, including the latest Cortex-A9, which features 2GHz typical operation with the TSMC 40G hard macro implementation, low-power targeted single-core implementations into cost-sensitive devices, and an optional NEON media and floating-pointprocessing engine. It is also scalable up to four coherent cores with advanced MPCore technology.

ARM’s model of licensing its core processors to other vendors is a unique selling proposition. “Because desktop processors are really only available from two companies, there is limited innovation and diversity. Compare this to the ARM business model where any company can license an ARM processor and build its own unique intellectual property (IP) around its own unique configurationof ARM cores. This business model is very exciting as it provides opportunities for new companies in India to develop their own application processors for tablets or smartphones,” says Bruce.

Intel Atom processors are also emerging and gaining a market in mobile devices. These are derivatives of desktop processors like Pentium Core i5, i7, etc. The Intel Atom processor Z6xx combines 45nm Intel Atom processor core with 3D graphics, video encode and decode, as well as memory and display controllers into a single SoC design. Combined with the Intel SM35 Express chipset, it supports Windows, MeeGo and Android operating systems.

While the processor appears more popular in the netbook space, a variety of smartphones and mobile Internet devices (MIDs) for cloud computing are also sporting the ‘Intel Inside’ logo these days. Joshi suggests that although ARM is a leader in the mobile space, Atom can benefitfrom the Intel’s experience in the desktop space as the current trend portrays a deep convergence of desktop and mobile worlds.