The man-machine combination concept is an old one. Way back in 1908, Jean de la Hire introduced us to Nyctalope, which was probably the first real superhero and cyborg in his book titled L’Homme Qui Peut Vivre Dans L’eau (The Man Who Can Live in the Water). In 1928, author Edmond Hamilton told us about space explorers who were partly-organic and partly-machine in his book The Comet Doom.

The term cyborg has come from the phrase cybernetic organism, and in layman terms it is a theoretical or fictional being possessing both organic and bio-mechatronic parts. It was created by Manfred Clynes and Nathan S. Kline in 1960 to refer to an enhanced human being who could survive in extraterrestrial environments.

The book Cyborg: Evolution of the Superman by D.S. Halacy released in 1965 talked of a new frontier that was “not merely space, but more profoundly the relationship between inner space to outer space—a bridge between mind and matter,” as mentioned in its introduction.

Cyborgs have also figured in Hollywood movies to a large extent. For example, cybermen in Doctor Who franchise, Borg in Star Trek and Darth Vader in Star Wars. While these looked more mechanical, the terminators from Terminator movie series and the human cylons from Battle Star Galactica, among others, appeared more human. Cyborgs in fiction are often portrayed with physical or mental abilities that are much more superior than humans’. 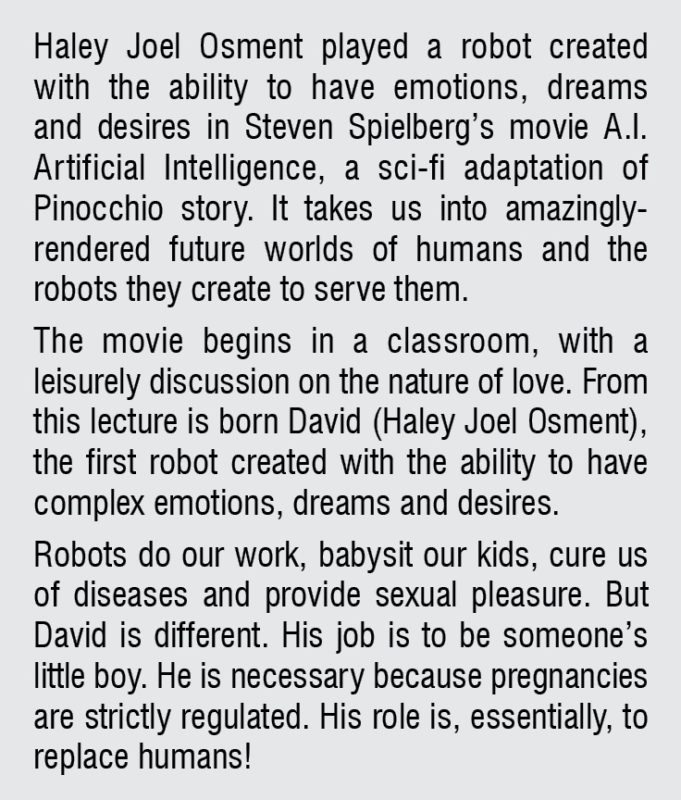 The term cyborg is a little different from the word bionic and often stands for an organism that has restored function or enhanced abilities due to the integration of some artificial component or technology that relies on some sort of feedback. While cyborgs are popularly conceived as mammals, these could even be any sort of organism. The term cybernetic organism has been applied to networks such as road systems, corporations and governments, and has also been extended to micro-organisms that are adapted to perform at higher levels than their unchanged equivalents.

As per a school of thought, humans with any kind of physical attachments, even those using very basic devices such as an artificial cardiac pacemaker or implantable cardioverter-defibrillator to enhance their biological capabilities, can be called cyborgs. This is because these devices measure voltage potentials in the body, perform signal processing and can deliver electrical stimuli, which enables the persons to live.

In the movie Batman: The Dark Knight Returns Part 2, Batman puts on a powered exoskeleton for his combat with Superman. This enables him to lift the Batmobile easily with one hand and fight on equal terms with Superman.

The US Army is in the process of creating an Iron Man-like suit that imparts super-human strength to the user. This exoskeleton is called Tactical Assault Light Operator Suit (TALOS) and will have a strata of smartmaterials built-in with sensors, as well as a wearable computer very much like Google Glass. It will be able to keep an eye on soldiers’ critical parameters and multiply the available strength using hydraulics.

Powered exoskeletons also enable firemen and other rescue workers to endure hazardous conditions. In the healthcare sector, their application ranges from carrying out very accurate surgeries to enabling nurses to shift bulky patients. And then there are several other important uses for people with disabilities and special needs.

ReWalk is a commercial exoskeleton and a bionic walking-assistance device that uses powered leg attachments to enable paraplegics to stand straight, walk and climb steps.
Then, we have animal cyborgs. RoboRoach is the result of a project started at University of Michigan, USA, by a biomedical engineering student. It is a kit that enables students to use micro-stimulation to fleetingly control the movements of a walking cockroach (in left and right directions) using a Bluetooth-enabled smartphone as the controller.