How Much Technology can one ‘Play’ with?

There is a lot of electronics embedded in the stadia, media pits, players’ clothes, and even in bats and balls. These help in fitness and performance analysis, training, fair play, and spectator comfort and security. yet, there is a need to decide how much of technology to deploy in a game -- Janani gopalakrishnan Vikram 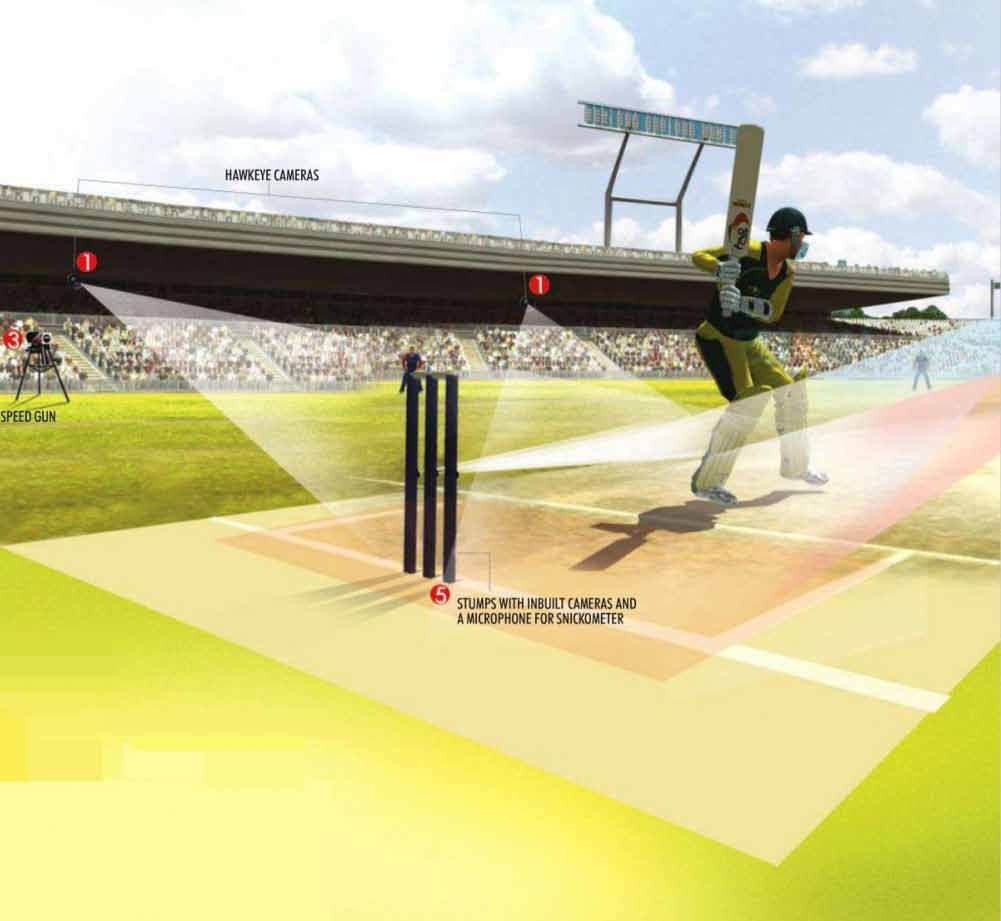 Babak Rafati became a FIFA referee in 2008 after only two-and-a-half years and 34 matches in the Bundesliga. Rafati always preferred watching the referee to the team in a football match and decided to become a referee at 16. Today, he is a Union of European Football Associations (UEFA) Category 3 referee. A passion-driven referee and a perfectionist, he felt very humiliated when he allowed a controversial goal to stand in a Bundesliga match this March. You might think it’s a small error but one goal can cost a match. There are countries where sport is a religion, while in some it’s a business. Whatever the case, sport is one arena where egos are the biggest, and no-body likes mistakes—especially when it involves scores.

A referee cannot have camera vision. He is after all a human. That is the reason why the team managers and referees approached FIFA after the match, to once again appeal for technology aids on the field especially along the goal-line. This is something that stakeholders have been requesting FIFA for long. Excellent technologies like Hawk-Eye are commercially available for tracking a ball’s movement, but FIFA seems to be moving cautiously, because they feel technology once deployed cannot be ‘uninvented’ once everybody starts relying on it. A proper dose of tech can aid a game; an overdose can kill sportsmanship.

However, from the speed at which technology is being adopted world-wide to assist in various aspects of al-most all games, it is evident that FIFA cannot reject the use of goal-line technologies—it is just a question of time.

Hidden helpers
When you see a match on television, the only technology you would probably notice is the flat-screen display used to telecast ads, or replays when the clichéd Third Umpire is called.

Have you seen the sensors, cameras, data warehouses, vision-processing algorithms, simulation tools and training software, heart-beat monitors, goal-line checks, geographical positioning system (GPS) applications, post-game analysis software and the many other cutting-edge technologies embedded across the whole sports value-chain? You would not be able to see these silent helpers with the naked eye, but nonetheless they are there, ensuring that the match happens fair and straight without any hitch. They are barely visible and that is the way it should be because a silicon-studded stadium would be a scary sight. 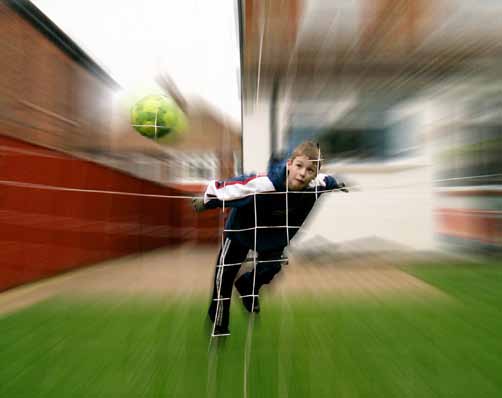 This month we decided to do a bit of backstage scouting, to show you some examples of technology at play in various sports so that you remember to say a quick thanks to this mighty helper next time you enjoy a game. Let’s say, the World Cup fever caught us too!

Cutting-edge training, even for the pros
In sports and music, you cannot stop learning. In fact, the way you train could make the difference between winning and losing a game. The last decade has seen an increasing use of technology in training.

“Adoption of scientific training methodologies has helped improve performance levels in almost all of sports today. All kinds of training tools are available today. For an experienced player, analysis tools may score far better since they already have developed skill-sets and the requisite experience in this domain. Personalised analysis will help the player to identify weak spots, develop better coordination and response, and also reduce sports-related injuries, which are a major occupational hazard at the professional level. Video analysis also plays a vital role in training. Certain software is used to make the videos easy-to-access and help drill-down to specific portions. There is a company called SportsMechanics, which specialises in this and has been the performance analyst of the ICC Indian cricket team for long,” explains Prakash Prabhu, country manager, Axis Communications, India. Axis Communications provides enabling technologies like remote accessibility, monitoring and capture that have been part of many innovative deployments in the realm of sports information and analysis.

[stextbox id=”info”]All kinds of training tools are available today. For an experienced player, analysis tools may score far better since they already have developed skill-sets and the requisite experience in this domain[/stextbox]

SportsMechanics is an excellent home-grown example. Started by Sub-ramanian Ramakrishnan ‘Ramky’, a coach-cum-innovator, SportsMechanics has clients including the cricket councils of India, Bangladesh, Sri Lanka and Zimbabwe. Ramky’s goal was to bring in scientific tools and coaching methodologies into the game and he pioneered video analysis solutions in the subcontinent as early as 2000 when he introduced Silicon Coach Motion Analysis Software. SportsMechanics’ tools for online, virtual training are also known to effectively achieve a good rapport among the coach and the student and are quite popular today.