Agriculture is one the world’s major industries and is indispensable to food security. The world without farmers and agriculture would be a nightmare for the modern world and civilisation. Artificial intelligence (AI) holds the promise of driving the agricultural revolution to produce more food using fewer resources.

Have you ever thought of a world without farmers and agriculture? If that would be the case, most of us would go hungry, homeless, naked or more. And we would probably be hunters or food gatherers, and would not be reading this article.

The most mysterious and intriguing Mayan people of the ancient and highly advanced civilisation, who developed the solar calendar and the complex astronomical system, disappeared without a trace. Some historians and archaeologists believe that one of the reasons behind their disappearance could be drought and scarcity of food in the area during their time.

Without agriculture, we would starve and the modern civilisation would come to a stop. Therefore sustainable agriculture, climate-smart agriculture, modern genetics and improved farming methods, among others, are needed to ensure global food security.

This article covers how artificial intelligence (AI) plays an important role in modern farming and climate-smart agriculture. It also covers some popular applications of AI to provide business leaders and developers with an understanding of current and emerging trends.

It is a fact that agriculture is a major industry, apart from being the foundation of the economy and human civilisation. The food we get is not made in grocery and retail stores; cotton and wool for clothing are agricultural by-products. But where do we get products like detergents, makeup, soap, paper and ethanol? All of these things are some sort of agricultural by-products. Moreover, many modern medicines are derived from agriculture, too. A world without agriculture would not be the world we live in today.

Population is on the rise and natural resources are on the decline. Food insecurity is now a great threat. Over the years humans have developed many ways and techniques to increase agricultural productivity. Advent of AI technology has paved the way for more advanced and modern techniques to boost agriculture productivity and have sufficient food for the present population.

While truck drivers and cashiers may see AI as a threat to their profession, farmers see it as a blessing because of labour crunch, especially young workers, and soaring costs in the farming industry. AI can help farmers and the agriculture industry in many ways, including resource utilisation, crop determination and best hybrid seed selection.

One of the first steps in agricultural farming is seed sowing and plantation. A seed drill is a device that sows the seeds for crops by positioning them in the soil and burying them at a specific depth. The power of AI is being applied to agriculture to make farming much more efficient.

Farm giants like John Deere have been manufacturing and developing many automatic farm equipment. The technology being used includes AI, computer vision and machine learning. They also manufacture seed-sowing and planter equipment that help improve placement of agricultural inputs and reduce product application overlap, and make sure all seeds are placed where intended.

The next step is to get rid of weeds and pests. Farmers are quickly adopting new techniques to protect their plants and crops against weeds and pests in the fields. See and Spray model developed by Blue River Technology is an excellent example of harnessing the power of AI and computer vision. By using mobile technologies with AI and computer vision, farmers can find most of the unwanted plants/weeds and eradicate them. This new method does not need spraying of pesticides all over the crops, making the food cleaner.
Crop and soil monitoring. Modern agriculture employs digital precision technology using Global Positioning System (GPS) and Global Navigation Satellite System (GNSS). Many companies are leveraging computer vision and deep learning algorithms to process data captured using various modern methods to monitor crop and soil health.

An agricultural drone is an unmanned aerial vehicle (UAV) that is applied to farming to help increase crop production, and monitor crops and plants. Sensors and digital-imaging capabilities give farmers a richer picture of their fields.

Agricultural drones can be equipped with hyperspectral or RGB cameras to capture multiple images of a field that can be processed using photogrammetric methods to create orthophotos and normalised density vegetation index maps.

Machine learning models are being developed to track and predict various environmental impacts on crop yield, such as weather changes. Combining the Internet of Things (IoT) with analytics helps get accurate predictions for market and crop conditions, thereby increasing yield and profits. AI and smart algorithms can analyse massive amounts of data on weather, environment and historical information to make increasingly accurate predictions on what, where, when and how to plant crops for optimal performance and yield.

Some of the most common robots used are meant for harvesting and picking, weed-control, autonomous mowing, spraying and thinning, sorting and utility. Autonomous robots are being developed to harvest crops at a higher volume and faster pace than human labourers. For example, Harvest Croo has developed an autonomous strawberry picking machine, while Abundant Robotics has developed a robot to pick apples from trees.

Researchers at University of Cambridge have developed a vegetable picking robot called Vegebot, as shown in Fig. 3. It is an autonomous iceberg-lettuce-harvesting robot that comprises a laptop computer, a standard six-degree-of-freedom (DOF) UR10 robot arm, two cameras and a custom end effector, all housed on a mobile platform.

Modern dairy farming techniques that employ robotics is quite interesting. Till now, milking cows has been done by humans using hands. Now in the 21st century, cows have been taught to adapt to new environments and techniques including robotic systems. They can be trained to milk two to three times a day using the new systems. Some automatic robotic operations allow milking more than 600 cows at a time.

Robotic milking systems and rotary parlours have been around for a few years, but a combination of the two concepts into one system is new. The world’s first robotic rotary dairy developed by DeLaval was unveiled in 2010, and the system has become popular in many countries since then. Each robotic module in the automatic milking system handles every step of the milking process including teat cup attachment, pre-dipping, pre-milking, milking and post-dipping in one single attachment. The prototype of the robotic rotary automatic milking system developed by DeLaval is shown in Fig. 4.

Intelligent Dairy Farmer’s Assistant, or Ida, developed by a Dutch company, uses a motion-sensing device and AI program. The sensor is attached to a cow’s neck, which transmits its movements and monitors such real-world behavior as when the cow is chewing cud, lying down, walking, drinking or eating. The system can also detect health issues before they become critical.

Agriculture is one the world’s major industries and is indispensable to food security. The world without farmers and agriculture would be a nightmare for the modern world and civilisation. AI holds the promise of driving the agricultural revolution to produce more food using fewer resources. AI, drones and robots are poised to become highly valued tools in the agriculture industry.

AI technology helps farmers react quickly, optimise resources and maximise crop performance, resulting in better yield and food productivity. AI is transforming the agriculture industry in a big way and is one of the key solutions towards improved agricultural productivity. 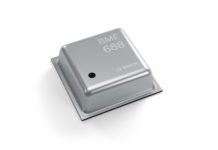