Studies conducted by The World Bank show that there is a direct link between a country’s gross domestic product (GDP) and broadband penetration. On an average, a ten percentage-point increase in broadband penetration results in a 1.38 percentage-point increase in the GDP of a developing country. Further, studies involving 33 Organisation for Economic Cooperation and Development (OECD) countries show that doubling the broadband speed increases the GDP by 0.3 per cent.

In India, the facilities and conveniences offered by broadband Internet and mobile connectivity have not reached rural pockets, where approximately 70 per cent of the population lives, because telecom network operators do not find it economically viable to do business there. This is due to low population density and high cost of initial investment.

The Indian government has initiated projects to take fibre connectivity till the gram panchayat level; a gram panchayat being the lowest local self-governing administrative body that governs a group of villages. This still leaves the last-mile connectivity unaddressed.

Providing last-mile connectivity using wired means is not cost-effective—low population density, difficult terrain and insurgency being key factors. Hence, there is a strong need to create wireless broadband technology solutions that can cover large and thinly-populated areas in a cost-efficient manner that businesses find economically-viable and scalable.

Broadband in the Indian context

Countries define broadband differently and revise the definition as technology advances. As per Telecom Regulatory Authority of India (TRAI), the body that advises the Indian government on policies related to telecommunications, broadband is defined as “A data connection using any technology that is able to support interactive services including Internet access and support a minimum download speed of 512 kilobits per second (kbps).”

While International Telecommunications Union (ITU) classifies broadband as fixed versus mobile, TRAI has merged the definitions of wireline and wireless broadband and included services and speed in its definition on the advice of various stakeholders as well as examining trends in broadband technologies and policies of several countries such as the USA, Germany and Japan.

There is an increasing urgency to provide broadband Internet services to rural and underserved communities, both from an economic and social perspective. One of the biggest challenges in providing wireless last-mile connectivity to rural India is cost of spectrum.

Radio spectrum is owned by the government and is auctioned to network operators who prefer to offer services in urban areas. Hence, additional radio bands have to be identified. Since spectrum is allocated in bands, statically and exclusively, to various services on a long-term basis, it has led to most of the spectrum being assigned, leaving very little for additional services. 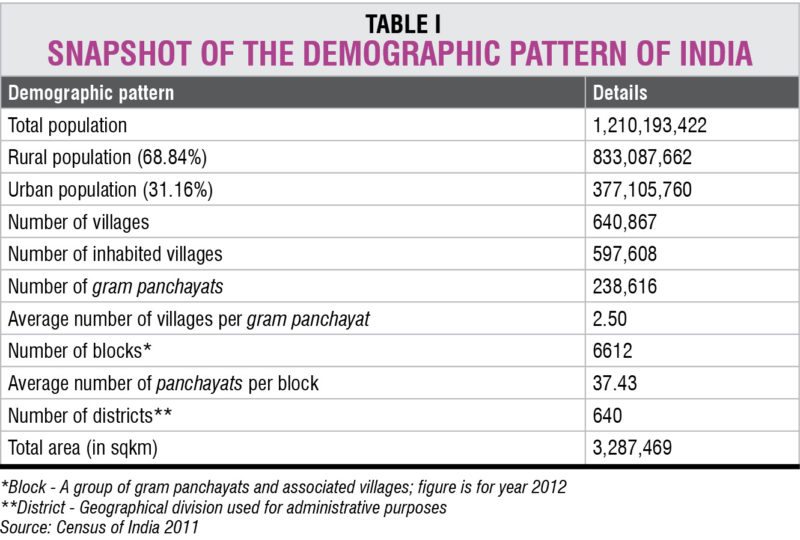 This prompted the research community to look closely at spectrum utilisation to find out temporal and spatial efficiency of utilisation, leading to the emergence of the term white space. White space refers to those parts of the licensed spectrum that are not used by the network operator all the time or at all geographical locations.

A band observed to contain generous amounts of white spaces was the TV band, and this was called TV white space (TVWS). TV band spectrum occupies VHF and UHF range and hence has radio propagation properties that make it attractive for communications. VHF/UHF signals travel over longer distances for a given transmission power compared to higher-frequency signals. Thus, large areas can be covered using economical medium-sized antennae.

It has been estimated that to obtain a 100sqkm coverage area using UHF, ten cells are required. This is four times fewer than that needed in 2.4GHz band (43 cells) and 12 times fewer in 5.8GHz band (121 cells). Most countries, including India, are moving from analogue to digital TV transmission, leading to vacating large bands of TV spectrum.

TV band spectrum also has guard bands between channels that, though not contiguous, can be used for wireless communications. The unused TV band spectrum may be utilised in the following manner:

Unlicensed. In the same manner as ISM and Wi-Fi bands, but does not address the rural connectivity problem

In order to guarantee quality of service and spectrum availability to licensed primary users of the spectrum, unlicensed users who first have to identify and occupy unused frequency bands also have to vacate as soon as primary users return. The domain of cognitive radio tackles this through channel sensing and, of late, through geo-location databases that store real-time information about channel availability and usage.

Cognitive radio refers to a device that is aware of its radio environment such as spectrum availability, signal strength, channel access methods, transmission protocols and spectrum policy, and is capable of opportunistically choosing the right parameters to participate in radio communication. From the cognitive radio perspective, spectrum spaces are categorised into white space (totally unoccupied), gray space (partially occupied) and black space (fully occupied).

Accordingly, three techniques are used: interweaving, underlaying and overlaying. Interweaving refers to sensing the spectrum to identify unused bands and utilising the same for transmission. Underlaying refers to transmitting information at low power levels so as to not cause interference to licensed primary users. Overlaying refers to using part of the transmitting power to enhance occupied signal levels, thus increasing the probability of signal detection by licensed users. Simultaneously, information is transmitted at low power levels with other cognitive users.

As per the census of India 2011, around 69 per cent of the people live in rural areas in approximately 600,000 villages (Table I). Villages can have wide population ranges with over 50 per cent having population between 1000 and 5000 (Table II).