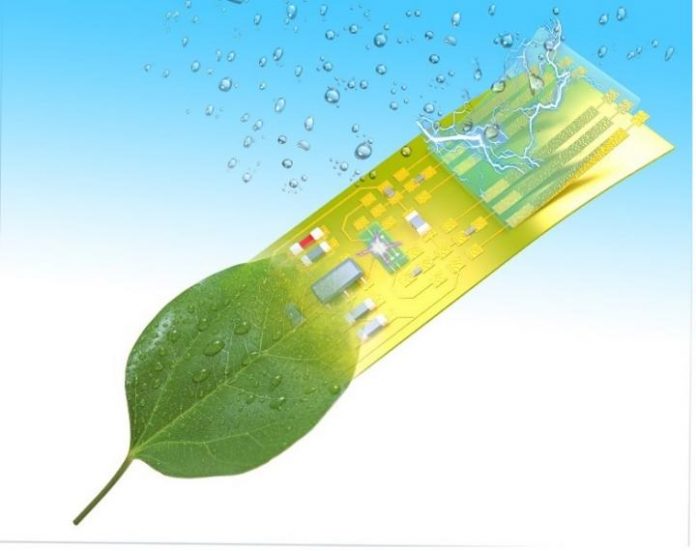 A self-sustained, intelligent microsystem is constructed from green materials that can process ultralow electronic signals and incorporates a device that can harvest energy from the ambient environment.

Contributing to this trend, researchers from the University of Massachusetts Amherst has created an electronic microsystem from green materials that responds to inputs without any need of external energy supply. The developed system consists of protein nanowire-based sensors, energy devices and memristors of bio-amplitude functions yielding flexible, self-powered neuromorphic interfaces that can intelligently interpret biologically relevant stimuli for smart responses.

The project is about creating self-sustained intelligent micro-electronic devices that can harness energy from the ambient environment. Earlier research studies have suggested that protein nanowires can be used to create memristors. A memristor is a two terminal switching device that is used for switching in memory units. Protein nanowires based memristors can mimic brain computation and work with ultralow electrical signals that match the biological signal amplitudes.

The energy can be harnessed from ambient humidity via a protein-nanowire-based Air Generator (or ‘Air-Gen’). The device was invented in 2020 and it continuously produces electricity in almost all environments found on Earth. Air-Gen consists of thin films of protein-nanowires that absorb water vapor from the environment and due to the conductivity and surface chemistry of the nanowires, creates electricity between the electrodes.

In addition, the researchers also demonstrated that protein-nanowires can function as the sensing component in electronic sensors. Combining all these, they created a self-sustained intelligent microsystem that can respond to information.

The researchers say, “The protein nanowires enable easy reconfigurable functions for adaptive microsystems. Together, these properties in bio-integration, self-sustainability, and reconfigurability feature a step further in advancing bio-emulated interfaces and microsystems.”

The work was reported in the journal Nature Communications.