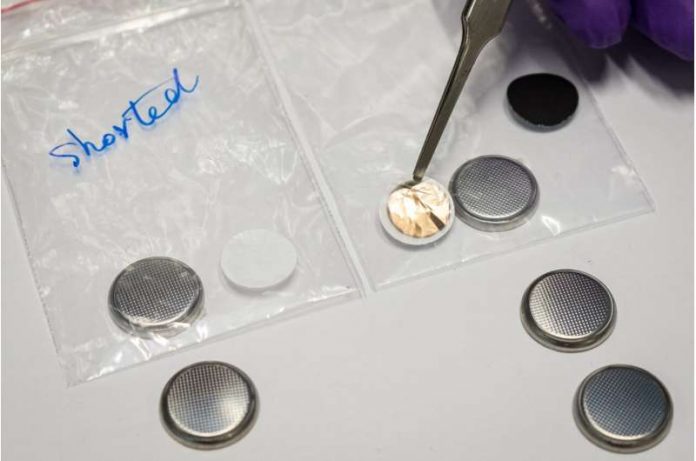 Researchers created a new technology that can prevent short circuits and fires in lithium-ion batteries.

In lithium-ion batteries, safety is a major challenge. When these batteries are charged at a faster rate, or discharged very rapidly, it catches fire due to an internal short circuit. The cause is due to a build-up of lithium deposits known as dendrites that cross the separator between the positive (cathode) and negative (anode) electrodes of the battery when it is being charged. This causes a short-circuit leading to an uncontrolled chemical fire.

To prevent the short circuit from happening, Professor Xu Zhichuan and his research team from the School of Materials Science and Engineering at Nanyang Technological University have developed an “anti-short layer” on the separator, preventing any dendrite from reaching the cathode.

“Instead of preventing the formation of dendrites, we decided to make use of their intrinsic properties by coating an additional layer of conductive material on the separator for these dendrites to connect with. Once the dendrites make the connection it will not be able to continue their growth further, thus preventing them from ever reaching the other side,” explains professor Xu.

The anti-short layer is a common material used in battery manufacturing and can be easily integrated into the current separator manufacturing process, making it easy for companies to adopt and scale up.

The team of researchers have tested their anti-short layer in 50 cells with different Li-ion battery compositions and no short-circuits have been detected during the charging phase even when the battery cells are used beyond their lifecycle.