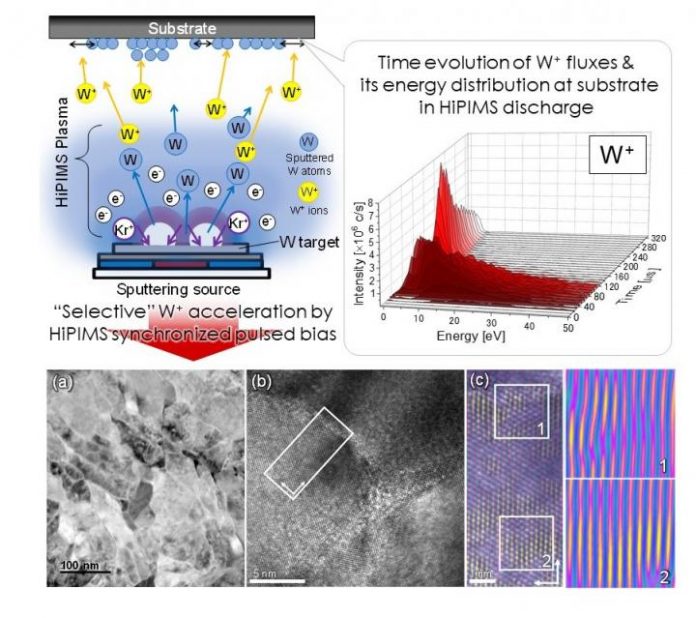 Modern micro and nano-electronic devices’ performance is dictated by the impurities and the defect in the nanoscale metallic films. To make the overall behavior of a  device predictable, nanoscale deposition onto the surfaces must be improved, but it is very difficult to achieve such accuracy. The nano film stresses arising from the microscopic internal structure of the film can cause buckling and curving over time. Getting rid of such stresses requires heating or annealing. But many materials needed for this have high melting points. Researchers across the globe are trying to create films out of high melting point metals without these stresses in the first place.

Researchers from the Tokyo metropolitan University have used high power impulse magnetron scattering (HiPIMS) to create thin films of tungsten with unprecedentedly low levels of film stress. The researchers minimized impurities and defects to form crystalline films with stresses as low as 0.03 GPa by optimizing the timing of substrate bias pulse with microsecond precision. The results were comparable to what can be achieved by annealing process.