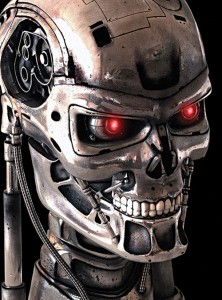 Only five countries in the world actually voted in favour of banning autonomous (a.k.a smart) killer robots at a recent UN convention. This could mean that there are a lot of countries that are already building their own autonomous robots or are in favour of building them soon. In fact, Russia announced that autonomous robots that will gun down trespassers, no questions asked, would soon man their ballistic missile bases.

Of course it is not all about battles and war. Japan’s Prime Minister Shinzo Abe was reported by Jiji Press as saying, “In 2020, I would like to gather all of the world’s robots and aim to hold an Olympics where they compete in technical skill.” It would be an understatement to say that the future will have a lot of autonomous robots. They are already here, being designed and manufactured around the world. And perhaps, they have already left the industry shop-floor and are on their way to your living room.

Step one to world domination: infiltrate homes
ABI Research says 1.8 million home automation systems will ship this year, and it will increase to 12 million in the next five years. What’s more, seemingly unobtrusive electronics like small domestic-lighting bulbs, home heating and cooling, smoke sensors and electronic door-locks would be collecting usage data which the other machines could also make use of. 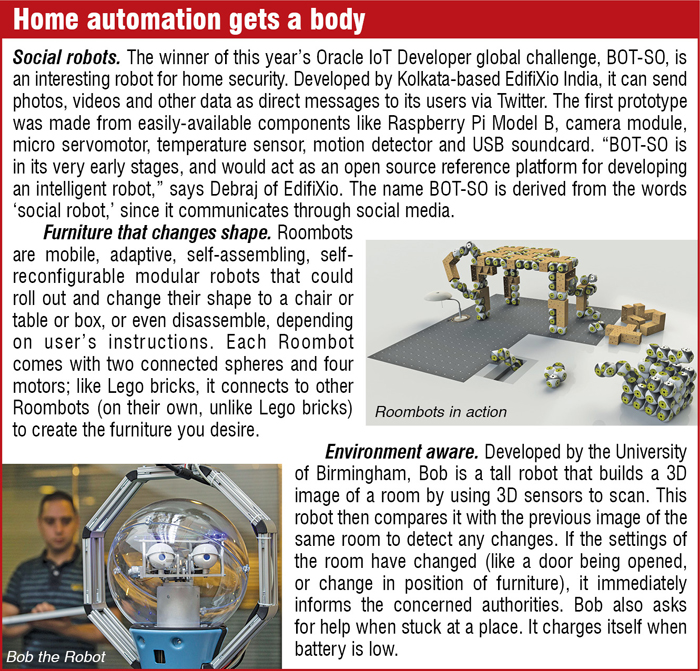 Companies are aggregating previously-available technologies and putting them into small devices that are affordable and can be used in domestic scenarios to make life easier at home. Cisco has brought out its Control4 technology which pairs up with Zigbee for home automation. Verizon has its own automation service that is powered by Motorola’s technology that it got through its acquisition of 4Home.

While useless individually, big data analytics conducted on accumulated data from the bots in your home lets outside machines and their users gain considerable insight on the behaviour of the people living in your home. These machines can understand when you come home, and also whether you go for a bath immediately or you have food or exercise first. Over a long term, it can understand whether you have other people at home, or if it is time to ‘ask’ an autonomous vacuum cleaner to clean up your place. It can even determine the best time to break into your house while you are sleeping!