Smart Designing Can Boost The Battery Life of Wearables

You can achieve this by understanding how sensors and processor specifications affect the battery life of a wearable fitness tracker. -- By Anagha P

The wearable electronics market is experiencing a significant boom now. Although Gartner reported that wearable fitness trackers are expected to fall from 70 million units in 2014 to 68.1 million units in 2015 due to the introduction of smartwatches, it is still popular amongst both fitness enthusiasts and mainstream users.

However, battery life has always been a major concern in wearable devices. As the features increase, the battery life decreases notably. The geographical positioning system (GPS) module also consumes a lot of power. Let us understand this problem better by looking at the electronic components that go into four major models of wearable fitness bands available in the market today, and how their specifications and features influence the battery performance. The devices we delve into are Garmin vívofit, Microsoft Band, FitBit Flex and Samsung Gear Fit. 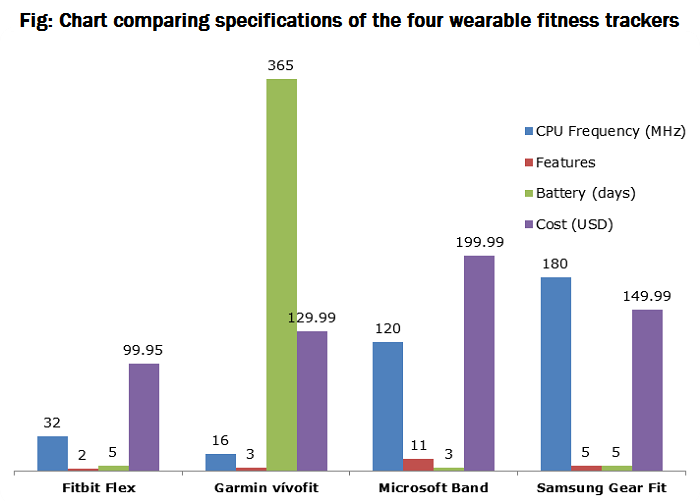 Processors at the heart of these devices
The signal processors used in these devices are ultra-low-power, high-performance chips with small form factors, suitable for wearable electronics applications. From the comparison in Table 1, we can conclude that the central processing unit (CPU) clock frequency of the processor affects the battery life inversely (except in the case of Microsoft Band, which can be explained by the number of features it offers). As the clock frequency increases, the processing speed of the CPU and hence the performance of the device increases, but the battery drains faster.

Effect of product features on battery life
Garmin vívofit offers the greatest battery life amongst these products, with the limitation that it offers only pedometer, temperature sensor and time display functions. Moreover, the two batteries cannot be recharged and have to be replaced by the user every time they are used up.

FitBit Flex uses a rechargeable battery that can run for five days on a single charge. Flex is capable of counting the number of steps taken, including stair climbing, using its pedometer and altimeter functions. It also has vibration alert for goal achievements, idleness reminder, etc.

Samsung Gear Fit has an accelerometer, gyroscope, digital motion sensor, continuous time display, and on-screen notification for call, text or other app notifications. Although it does not have an inbuilt GPS feature, it makes use of the phone’s GPS to track motion. The battery lasts for five days on typical usage.

The most number of sensors are integrated into Microsoft Band – accelerometer, optical heart rate sensor, gyrometer, GPS module, ambient light sensor, ultraviolet (UV) sensor, skin temperature sensor, capacitive sensor and galvanic skin response. It also displays time and phone notifications just like the Samsung Gear Fit. But, with these features, the user has to compromise on battery life. With all features enabled, it takes less than 48 hours for the battery to get completely exhausted.

We can see from these examples that although rechargeable (secondary) batteries lose their charge faster and are costlier, they last longer than their non-rechargeable (primary) counterparts. The battery life also depends inversely on the number of features the device provides.

GPS guzzles power
GPS positioning requires continuous communication with at least three satellites, at the rate of 50 bits per second (bps). The antennae used for this communication need to be powered. The algorithm and computations needed to calculate the position after getting information like location, speed and orbital trajectory also take up a lot of power. This is the reason why health trackers consume a lot of power when the GPS module is ON. In our study, only Microsoft Band has a built-in GPS module and its battery drains in less than two days if you turn it ON often.

The role of firmware
Apart from the components used, the software also plays a role in efficient battery usage. A firmware update of Jawbone’s UP24 last year has improved battery life from seven days to 14 days per charge. According to the developers, this software-powered hardware approach required extensive firmware and algorithm development that enabled more efficient decipher of signals from the wearable device. The information thus received was used to optimise the hardware operation. 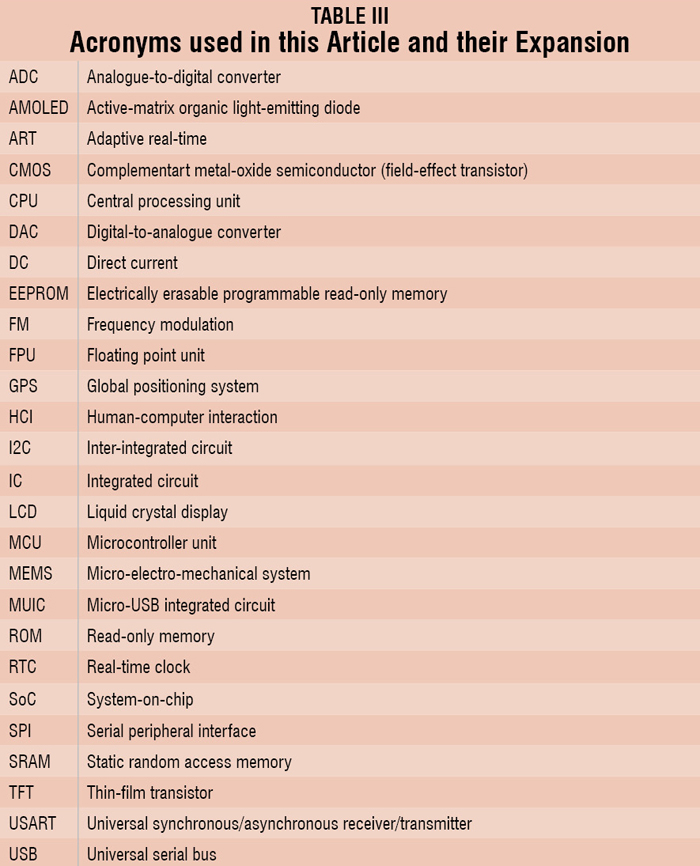