Nations across the world are faced with the challenge of increasing power production while reducing the carbon footprint. they need to minimise power loss and downtime, harness alternative power sources, and so on and so forth. the numerous challenges facing them have one solution—smart grids! -- Janani Gopalakrishnan Vikram 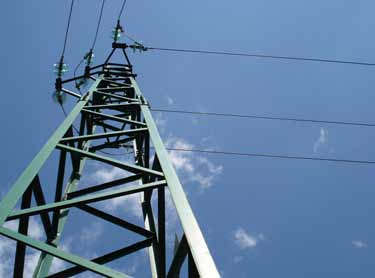 AUGUST 2010: John Chambers, CEO of communications giant Cisco, has identified smart grids to be a bigger opportunity than the Internet itself! Not surprising, considering that one day the ‘smart grid’ will pervade the whole world. “We see a world where every significant energy-consuming device will have an IP address—be it a refrigerator, pool pump or plug-in hybrid,” says Sandeep Raina, senior vice president, Cisco.

Though we are nowhere close to that vision today, it serves as a starting point for our exploration of the smart grid. A smart grid is a giant network. It is like a crochet tablecloth—complex yet simple, breathtakingly beautiful and very useful. Various points of power generation, the utility (electricity supply board) and the consumers—all connected by a network—communicate with each other, use the shared information to make intelligent decisions, and sometimes even use the network to control how each other works. Basically, if you add ‘communication, intelligence and automation’ to today’s power distribution and transmission system, you get a smart grid.

A smart grid is a digital upgrade to the existing electric grid technology that has actually been quite the same for over 100 years. So what are the features of a smart grid? The USA’s Department of Energy describes it quite beautifully…

“Power quality is a priority with a variety of quality/price options—rapid resolution of issues.”

“Automatically detects and responds to problems—focus on prevention, minimising impact to consumer.”

“Resilient to attack and natural disasters with rapid restoration capabilities.”

A Tata BP Solar spokesperson presenting an introduction to smart grids at a recent IEEE conference in Mysore rightly called it a ‘digital upgrade’ to current power distribution and long-distance transmission systems.

Such a system requires varied technologies and products, representing the convergence of embedded and communication technologies, electrical and electronics engineering, software and more. If orchestrated right, these technologies—collectively known as ‘smart grid’—would help improve reliability of power transmission, reduce downtime, instil transparency in the system, eliminate power losses, detect and fix faults speedily, enable distributed generation of power including non-conventional power sources, and, in general, improve the experience of both the power supplier and the consumer.

There are lots of reasons to implement smart grids and lots of technologies and trends to understand before doing so. Here is a quick round-up of the same.

Smart Tech For A Smart Grid

Asmart grid typically pervades the entire energy distribution system, right from power generation to power consumption. It is not a single technology but a combination of products, technologies, services and ecosystem partners that act at various levels to optimise communications, improve resilience, and reduce the operational cost and complexity of the energy grid.

“The smart grid can be thought of as comprising three layers: the physical power layer (transmission and distribution), the data transport and control layer (communications and control) and the applications layer (applications and services). All these layers have a set function to ensure that the grid is able to meet the challenges we see today and make our future better,” says Vivek Tyagi, country sales manager, Freescale Semiconductor. And each level has various technologies at work.

Consider a sample of the technologies that fuel the smart grid:
• Communication network is the heart of the smart grid. State-of-the-art communication tools such as rugged integrated services routers (ISRs), hardened catalyst switches, and integrated security and software services are used across the network, while communication protocols ranging from radio frequency and Zigbee to optic fibre and GSM/GPRS act as the backbone of the network.
• Data centres play an important role in sharing and segmenting appropriate information across the fabric to help optimise energy distribution.
• Technologies that augment power from various sources before distribution help harness renewable energy sources such as solar and wind power.
• Intelligent monitoring systems keep track of the electricity flowing in the system.
• Power system automation tools use artificial intelligence and analytics to quickly diagnose and solve grid failures and power outages.
• Superconductive transmission lines reduce power loss.
• Automation devices such as fault-passage indicators, auto eclosures, sectionalisers (load-break switches) and automated ring main units improve the efficiency of the system.
• Smart meters, combined with an automated metering infrastructure, help understand patterns in energy consumption (during peak-hours and non-peaks hours, in various localities and so on). Powered by two-way digital communication links, these also help control appliances in the consumer’s household or machines on a factory floor; non-critical equipment can be shut down during peak times and restarted during lean times.
• Embedded control and integrated connectivity is at the heart of a true smart grid. A range of products such as low power 8-bit microcontrollers (MCUs) for gas, water and heat meters; highly-integrated 32-bit MCUs for single- and three hase electric meters; digital signal controllers (DSCs) for power line modems; 32-bit processors for energy gateways, broadband routers and concentrators; acceleration sensors for tamper detection; air-flow or liquid-flow pressure sen-sors for gas, water or heat meters; and ZigBee transceivers combined with MCUs for home area networks are some of the unseen technologies that drive the smart grid!

Almost all these technologies and products are available in India, though not yet put to full use. S. Ramesh, retired chief engineer-electricity, Karnataka Power Transmission Corporation Ltd, and consultant to the Central Power Research Institute (CPRI), who is now working on a pilot smart grid project, informs, “Smart meters are available from SEMS, Larsen & Toubro, etc. Other smart grid devices such as communication devices, intelligent electronic devices (IEDs), automation devices, and control and protection devices are available from ABB, Siemens, Schneider, Cisco, Areva, Easun Reyrolle and many other companies.”

Smart Grids: A Must For India

Smart grids would help India march faster along the path of development. However, implementing smart grids in our country is no mean feat. Why? And what steps has the government taken to overcome these challenges?

“The total installed capacity of power generation in India is about 160 giga-watts (GW) and the target for 2012 is about 200 GW. Our country is facing huge aggregate technical and commercial (AT&C) losses, the major contributions being technical losses, theft, billing and collection,” says Ramesh.

India’s transmission and distribution losses are amongst the highest in the world, averaging 26 per cent of total electricity production; in some states, the figure is as high as 62 per cent. When non-technical losses such as energy theft are included in the total, average losses are as high as 50 per cent. The financial loss has been estimated at 1.5 per cent of the national GDP, and is growing steadily. Ramesh opines that smart grids, doubtlessly, are the solution to such problems.