Solar energy has long been touted better for the environment than fossil fuels. Considered as one of the ‘green’ sources of energy, it might become mainstream within the next decade. However, there are fears that solar cells production might release more hazardous gases than fossil fuels. Confirming these fears, Chinese authorities recently suspended production at a solar panel factory after protests by residents who blamed the plant for causing air and water pollution.

In India, on the other hand, the Ministry of Environment and Forests (MoEF), which issues environmental clearances to all projects across the country, has exempted solar photovoltaic (PV) power projects from the ambit of environmental clearances. The reasoning goes, “Isn’t it ‘cleaner’ to harness the power of the sun?” The obvious answer is ‘yes’, but only when the right manufacturing processes are followed. 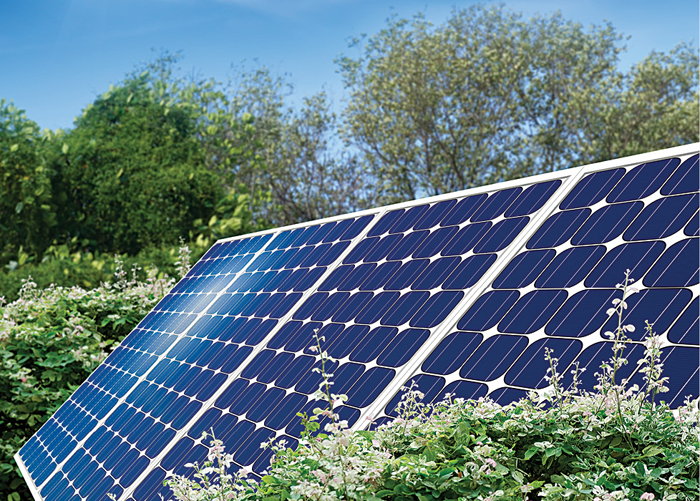 Reasons for pollution
Manufacturing. Solar panel manufacturing generates a number of effluent gases contaminated with silane, trichlorosilane, dichlorosilane and hydrochloric acid (HCl), apart from chemicals like silicon, cadmium compounds, germane and polyvinyl fluoride—all of which are hazardous to the environment and people who are exposed to them. This manufacturing process also requires raw materials that have to be mined—quartz sand for silicon cells and metal ore for thin-film cells.

These materials are treated at different stages (in the case of silicon cells, these include purification, crystallisation and wafering). Finally, these upgraded materials are manufactured into solar cells and assembled into modules.

All these processes lead to air pollution caused by emission of heavy metals and are highly energy consuming, which brings about more air pollution with emission of heavy metals and release of greenhouse gases. Given the scale at which solar manufacturing is anticipated in India, there is going to be an enormous release of hazardous chemicals and gaseous substances into the environment.

According to Raghunandan, vice president-engineering, Kotak Urja, “Solar PV cells record emission statistics of 32 tonnes per gigawatt hour (GWh) of electricity generated, which is the lowest of all the conventional and non-conventional energy sources. With coal sources emitting a whopping 960 tonnes per GWh, solar PV cells stand as the lowest emitter of greenhouse gases among all. These emission figures of the solar industry are only due to the energy consumption during the manufacture of value-chain components.”

A research conducted by Brookhaven National Laboratory, New York, recommends cadmium telluride as one of the most promising PV technologies. But cadmium is one of the worst heavy metals. Still, researchers found that even when comparing direct emissions from the production of cadmium telluride cells with coal power plants, toxic emissions were 300 times lower.

Several studies have been conducted to compare greenhouse gas emissions of various power generation mechanisms, and all have found that renewable sources of power emit much lesser greenhouse gases than fossil fuels. Wind, nuclear and hydropower have always emitted the least amount of greenhouse gases over the lifecycle of electricity generation. PV, being the next, is still four to six times better than coal- and gas-based systems.

Disposal. The amount of toxic chemicals used to make solar panels is also a cause for concern. For solar power to be truly green, the industry must reduce and eventually eliminate the use of toxic materials and develop environmentally sustainable practices. Also, manufacturers must take responsibility for the lifecycle impacts of their products by testing new materials and processes, adopting more recycling technologies and designing products for easy recycling. PV modules, for example, contain substances such as glass, aluminium and semiconductor materials that can be successfully recovered for use either in new PV modules or other products.

Despite the volume of waste being small at present, the industry has to be cautious in opting for recycling processes in order to prevent environmental damage. PV Cycle, a European voluntary PV recycling initiative, estimates that there will be 35,000 tonnes of PV waste by 2020. However, thankfully, companies like First Solar and SolarWorld have already introduced recycling schemes for thin-film and silicon modules.

Industry’s response. Industry experts feel that for thin-film technologies, the biggest concern is safe disposal of hazardous materials. Manufacturers are opting for all the preventive measures to ensure safe disposal as most of them use fluorine-based recipes for chemical processes to mitigate greenhouse gas emission.