FPV cameras for drones: An introduction

What pilots see while flying drones is the low-latency analogue video from a first-person view (FPV) camera. FPV cameras are compact and lightweight module mounted on the drone that broadcasts real-time video back down to the pilot with the help of a dedicated video transmitter module. Here are the things to consider when equipping your drone with an FPV camera.

First-person view, also called video piloting, means flying the drone from the perspective of a true pilot by using an onboard video camera and wireless downlink. In the last couple of years, various vendors have started to sell kits that contain the minimum FPV system components needed to outfit a drone for FPV flight. First, let us go through the various components that you need to upgrade/build a drone for FPV use. 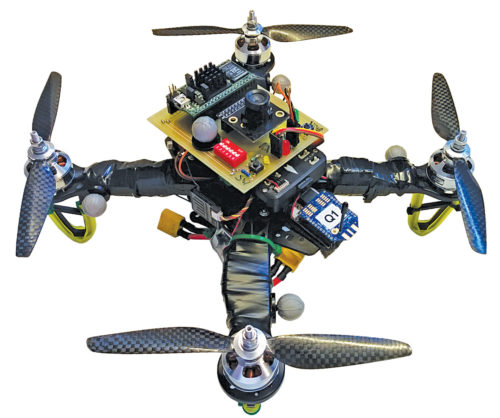 FPV cameras use either an inexpensive complementary metal-oxide-semiconductor (CMOS) or a bit pricey charge-coupled device (CCD) image sensor. The image sensor of the camera fundamentally affects its performance. Also note that a camera with a wide input voltage range offers flexibility when wiring the FPV system.

Video transmitter takes the analogue signal from the camera and sends it out through an omnidirectional antenna. As the video transmitter is typically designed to work in one of several frequency bands, usually a channel selector switch is provided on the transmitter to set the exact frequency for video signal transmission. 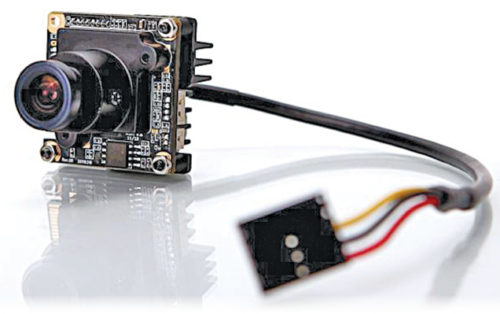 The image quality of CCD cameras is undoubtedly better than CMOS. However, CMOS cameras are cheaper than CCD, and provide good enough performance for most FPV applications.

The time between a stimulus and the response is called latency. It reflects the processing speed of the camera. Faster processing lowers the latency, and an FPV camera with a latency of less than 40ms is a standard choice.

Expressed as an angle, it is a measure of how much the camera can see around. Usually, for FPV applications, having a wider field of view is better as it allows you to see more around you. However, this can sometimes show distorted images with curved horizons.

TV line (TVL) is a measure of the camera’s horizontal resolution. Cameras with a high TVL resolution can capture highly detailed images. Most FPV cameras work on analogue video, and that’s why the measurement is in TVL, rather than actual pixel counts common with digital video. Common TVL resolutions for FPV cameras are 20, 480, 600, 800 and 1000. 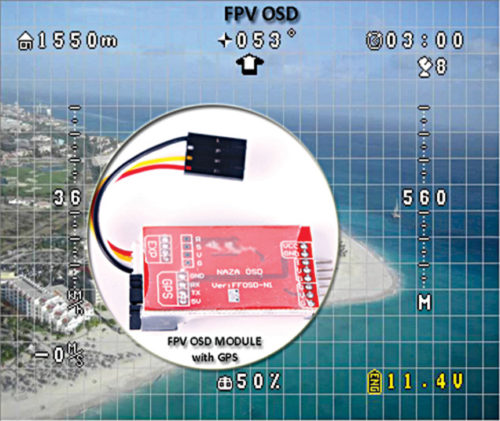 PAL or NTSC? Actually, it’s not a big issue as both PAL and NTSC encoding standards are supported by most FPV gears. PAL offers higher resolution, while NTSC allows higher frame rate. So if you want to have good-quality pictures, consider PAL.

An on-screen display (OSD) device overlays text/data onto the camera footage. So it can display highly useful information such as the flight speed, altitude, distance and battery status on the FPV display screen.

Sound is a big part of the FPV flying experience, so if you have an FPV camera with built-in microphone you get many benefits. For example, you can hear the throttle response even when you are far away.

As with almost all other camera types, FPV cameras have an infrared (IR) filter built into them to block out any infrared light from reaching the camera sensor. However, there are some odd situations when you want to have an infrared-sensitive camera, especially at low light levels. So if you want to fly when it’s darker, look for a starlight FPV camera, which has a very low lux sensitivity and hence can work in very low lighting conditions. As an alternative, you can try a standard FPV camera fitted with some infrared light-emitting diodes (IRLEDs) on its front side.