How the IoT Is Revolutionising Telecom

Savaram Ravindra holds a Masters degree in Nanotechnology from VIT University. He has worked as a programmer analyst at Cognizant Technology Solutions

Given all the marketing push and hype around the Internet of Things (IoT), it is difficult to predict how business models will evolve over the next few years. For industry practitioners, this remains one of the major concerns. Usually, they ponder upon implementing the IoT and end up asking, “How can the IoT be used in my industry?”

Looking at the existing solutions is the most common approach to find an answer to this question. At one end, there are business-to-consumer (B2C) solutions, which are good to have but don’t solve the real pain. At the other end, we see some B2B trends around particular industries where the IoT can play a crucial role. One such vertical is telecom.

For more than a decade, telecom has been the poster boy of high-technology industry. This is because of its fast expansion, highly driven by innovation around smartphones and the Internet. New services are being promoted and new geographies being captured by telcos. All this adds complexity to managing the work optimally, combined with the force of launching new services that add value to eliminate the competition.

Emergence of the IoT presents some interesting opportunities for telcos. Great news is that these opportunities can propel both the top line and bottom line, introducing more operational efficiency and additional revenue streams. Let us look at some of the available options. 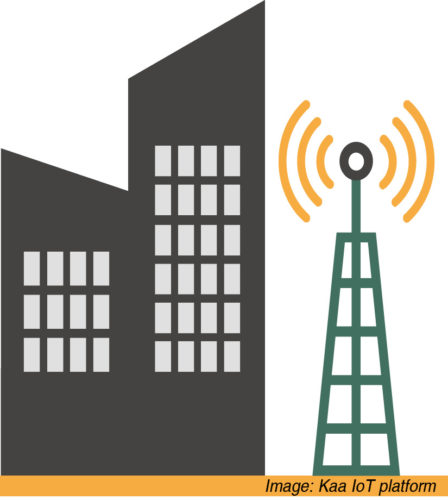 Remote infrastructure accounts for a significant portion of telcos’ operational cost. The IoT plays a significant role here in remote management and monitoring. Let us consider a mobile operator network, which contains many mobile cell towers that are spread across a large geographical area. For managing the remote equipment of telcos, protocols and standards are in place. However, there are issues like environmental protection, physical security and asset management.

A remote cell tower site incorporates auxiliary equipment along with major telecommunication equipment in order to make things work. One such equipment is the generator for power backup, which ensures 24/7 network uptime. Energy meters, UPS and air-conditioning are other major assets. These come under the passive infrastructure. Predicting their failure in advance by monitoring their operational efficiency is an important part of remote management. The IoT makes it possible.

In remote places, physical security of costly equipment is important. This requires an IoT-enabled intrusion detection system. In addition, a tracking system for resource consumption by pilferable consumables such as batteries and fuels is needed to ensure timely alerts in order to minimise losses.

There is always the threat of environmental damage to remote sites. The IoT plays a major role in detecting conditions such as flood, smoke and bad weather. It also assists in providing control commands to either shut down the system to avoid irreparable damages or take any preventive measures.

When using the IoT to handle remote telco sites, it must be noted that the IoT depends on a reliable communication link. So it is crucial to consider something which doesn’t suffer from downsides of the telco’s terrestrial link failure.

By playing the role of a service provider, telcos can tap into the machine-to-machine (M2M) ecosystem. M2M communication needs very low bandwidth in comparison to human-to-human communication (which needs high-quality source and higher bandwidth).

Traditionally, existing technologies like Wi-Fi and GSM are used to enable M2M communication. These technologies, centered around high bandwidth, are overkill for M2M. They also consume excessive power and are therefore energy-inefficient in battery-powered applications.

Therefore, in recent years, new standards were developed for wide-area, radio-based and low-power technologies that are optimised for low data rates. Usually known as low-power WAN (LPWAN), these are highly power efficient. LoRaWAN and NB-IoT are two such competing standards.

LoRaWAN is already being used in some parts of the world. The general use cases of LoRaWAN are in agriculture, where it is used to establish communication links with sensors installed on the field. In a similar way, LoRaWAN can be deployed for public utilities like parking systems in urban areas. Telcos can tap into LoRaWAN by providing LoRaWAN services to businesses.

Merging of virtual and physical worlds

Finding our way from physical to virtual world and vice-versa is a concept similar to physical web proposed by Google. But, this approach of Google works in a personal-area network (PAN) space.

Proximity sensing (ProSe) is based on standards of a service on top of 4G LTE cellular service that enables two devices to detect their proximity and exchange data. Some of the practical use cases are mentioned on the next page.