How to Select a Microcontroller

Choosing an MCU for your project is not easy. There are a large number of suppliers, offering varying architectures, peripherals, price points, power consumption, packages and what not. This article helps you get a better idea of the current situation and select the right MCU for your application -- Dilin Anand 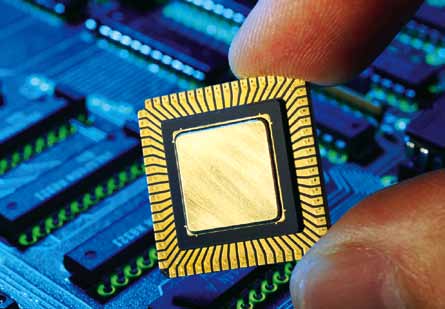 A search in an online catalogue for microcontroller units (MCUs) would lead you to a massive collection of thousands upon thousands of various MCUs, leaving you spoilt for choice. There would be so many good choices that it would be difficult to make a decision. The following is what the experienced designers in the industry advise.

Architecture
For most embedded systems, you have the choice between 8-bit, 16-bit and 32-bit cores. When it comes to applications involving computations, 32-bit cores have a clear edge over 8-bit and 16-bit, in addition to making the most of the compiler features.

Basavaraj Garadi, chief expert, Robert Bosch Engineering and Business Solutions, shares, “Personally, I am not a great fan of 16-bit controllers. They are passé. Of late, 8-bit controllers don’t have significant cost advantage either. Moreover, when it comes to the available choices in operating systems, the 32-bit core is a clear winner. The RISC and CISC architectures have become a little less meaningful with continued evolution of both the CISC and RISC designs and implementations.”

“The architecture of a microcontroller refers to the philosophy of the internal implementation,” explains Jigar Patel, CTO, Mansi Research. “It includes details like how many registers are used, whether the code can execute out of the data memory, whether the peripherals are treated like memory, registers or something else, whether there is a stack and how it works, and so on. A RISC processor can handle simple math functions much faster, but a CISC processor will handle complicated functions faster because it can do them all at once instead of the several processing commands that a RISC processor would have to take to complete the same function.”

MCU process technology, architecture and memory technology also need to be considered as these affect the real calculation speed rather than MHz and memory size requirements.