Ever since the Internet of Things (IoT) came into the picture, it has caused one disruption after another. After all, the prospect of connecting anything non-computer to the Internet sounds exciting. But who knew that even after connecting your security system to the Internet to send out an alert to the authorities, you could still get robbed. Nevertheless, there is a lot of exciting stuff going on in the IoT spectrum.

T. Anand, principal architect, Knewron, says, “Newer communication protocols are helping in making wider-networked devices work together, without the need of heavy communication infrastructure.” “These are more secure, consume less power and give a simplified interface to the Cloud and mobile phones,” adds Akshay Aggarwal, co-founder, Mektrasys. Gartner, in its report about working areas in the coming two years, has highlighted low-power networks and security as important areas.

Focus areas in the IoT

Connectivity has seen a lot of focus over the past couple of years. Selecting a wireless network for an IoT device involves balancing multiple requirements including range, battery life, bandwidth, density, endpoint cost and operational cost. Multiple connectivity solutions like Long-Range Wide Area Network (LoRaWAN), Narrowband, Thread, Weightless or white space are some of the contenders. The long-term goal of an IoT network is to deliver data rates up to tens of kilobits per second (kbps) while consuming low power.

Low-power networks are on the rise.

“Many new transmission protocols are addressing range issues by keeping data rates lower,” says Anand. LoRaWAN has been popular over the past couple of years in low-power networks. As per a test run in Bern, Switzerland, a single access point could connect to a device 49km away. With that much capacity, you could connect an entire country with a handful of such access points. This network, however, is more suited towards machine-to-machine (M2M) communication, and manufacturing plants seem to have realised the importance.

“We are seeing automobile manufacturers collaborating for LoRa usage,” says Rishabh Chauhan, global community manager, The Things Network. He explains, “The trick lies in controlling the duty cycle and allowing maximum number of devices to use the network.”

Phani Varanasi, chief executive officer, Hanbit Automation Technologies Pvt Ltd, looks at innovative uses of LoRa. “We are looking at using a form of global positioning system (GPS) that uses LoRa instead of General-Packet Radio Service (GPRS).” The user device pings off multiple access points and allows information on the location of the beacon at any point of time. “This is helpful in place like a large shipyard where it gets difficult to track individual vehicles over a couple of kilometres,” he explains. Post approval from WPC, this would be an interesting localised GPS to look out for. 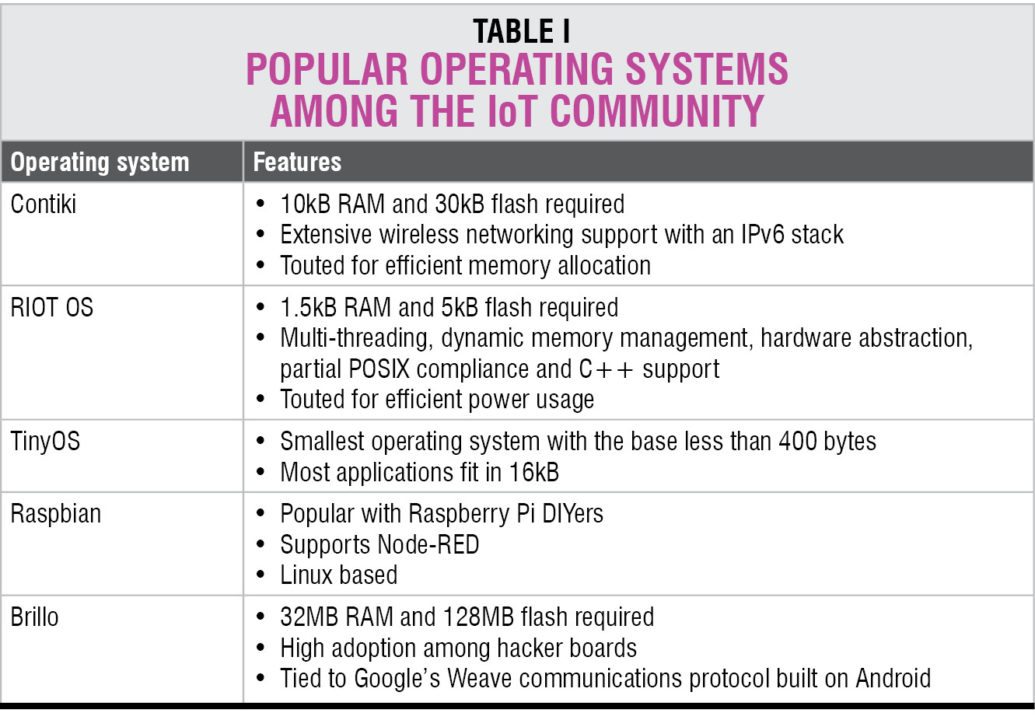 Narrowband for the machines.

Narrowband Long Term Evolution (NB-LTE), for example, can be fully integrated into existing LTE networks without the need of an overlay network. A version of LTE is being tested out for M2M communication as well. LTE machine-type communication (LTE-MTC), or LTE-M, also works within the normal constructs of LTE networks. However, it is more energy efficient in terms of its extended discontinuous repetition cycle, meaning that the endpoint can communicate with the access point on how often it listens for the downlink.

The advantages do not end here though. Applications are extremely simple as well. A mobile phone operator only has to upload new baseband software onto its base station, hence saving up heavily on added antenna costs.

It is also expected to be simpler because of the operation in the 1.4MHz band of the channel instead of the 20MHz in regular communication. This, however, has been further simplified into NB-LTE-M that dedicates existing resource blocks to the IoT traffic, by using further smaller channels. Instead of using 1.4MHz spectrum and six resource blocks, it works with only one LTE resource block, giving an effective throughput of about 200kbps for downlink and 144kbps for uplink.

Narrowband IoT (NB-IoT) networks are seeing a rapid rise since late 2015. The nudge was provided by the collaboration between Nokia, Ericsson and Intel Technologies to boost NB-LTE. Longer battery life and cheaper modules are the focus areas in the development of NB networks. Since it uses the backbone of the existing system, it provides for a better implementation on an economic scale.

This comes as a competing technology to Huawei’s Narrowband Cellular IoT (NB-CIoT). Also known as NB-IoT, it looks to take over most of the smart city management, with applications ranging from smart water/gas metering, municipal light and waste management, livestock breeding to irrigation and environment monitoring. The biggest advantage of it is that its backing is based on mobile networks. This is, however, not based on LTE but instead on Direct Sequence Spread Spectrum (DSSS) modulation. It is expected to be simpler than NB-LTE-M with even cheaper chipsets.

AI For Ocean Exploration: Is An AI Colony Possible In The Deep-Sea?