The complete infrastructure of the setup comprises a powerhouse on the right bank of the Bhagirathi river, at the toe of a 97.5-metre high concrete gravity dam. The powerhouses holds the four turbine-power generation units, each having a capacity of 100MW. The generators are semi-umbrella-type vertical shafts connected to a Francis turbine, all manufactured by Bharat Heavy Electricals Limited.

The main reason behind quick completion of the project was changes in managerial procedures and team structures. Time-taking procedures were cut down in the most practical way to ensure quick procurement and construction. In addition, unconventional methods of constructions were implemented as well. For instance, to erect turbines, crawler cranes were used instead of electrical overhead cranes. Alternate approaches were taken to concrete the generator barrels, excavation, service bay creation and accelerate the reservoir filling. 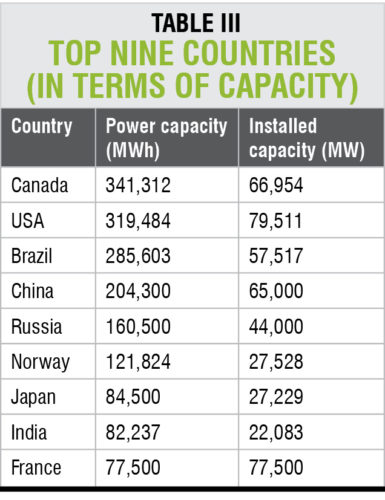 On commissioning the third and fourth units, the hydroelectric plant started running with full power since March 2012. With a total 400MW generation capacity, the annual energy production by the setup is 1155 gigawatt-hour based on 90 per cent available water.

Harm to the natural environment and significantly high production cost are the major challenges to the growth of hydroelectric power sector. Creating hydropower plants on an already existing dam is a relatively simpler task. However, to create newer infrastructure, one needs to carefully examine the environmental impact. The Uttarakhand flood disaster is regarded as a result of dam construction at an earthquake-volatile piece of land that aggravated the impact of flood. Construction of a hydropower plant is often considered as a threat to wildlife and water species.

To take complete advantage of water, we need to properly define the path for hydropower generation. The bureaucratic process of getting the desired approvals discourages private-sector participation. The concerned authorities must ensure minimal environmental impact of hydropower plants and safe rehabilitation. Foreign participation and attractive schemes from concerned authorities will further help in reaping greater benefits.