Solving The Problems Of Innovation Through Collaboration

In an age of disruption, where time-to-market makes the difference between pioneers and laggards, innovation must happen on multiple fronts. 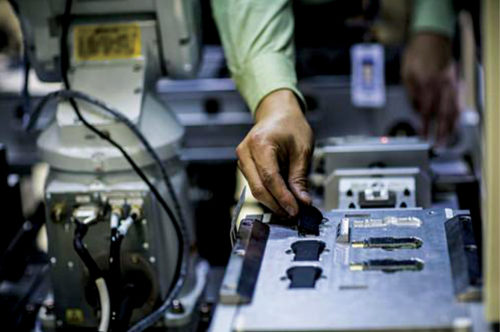 Google wanted to bring streaming online media to an unprecedented mass market, so it turned to Flex to create a disruptive device for living rooms everywhere. Together, Google and Flex brought Chromecast to life, conquering design challenges along the way and launching the product quickly in an extremely competitive environment.

Google partnered with Flex to: 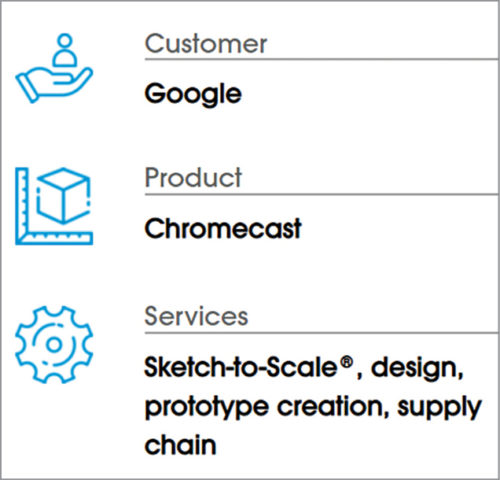 Google engaged with Flex, sharing only rudimentary concepts of its product, seeking a partner to design, engineer and manufacture the device at scale. The then-secret gadget would allow users to instantly cast content from mobile devices or laptops to television screens, the way similar products did at the time. But unlike other products, Google needed it to be small, sleek and at an ultra-competitive price point.

Flex engineers designed an octagonal-shaped, printed circuit board (PCB)—an unprecedented form factor—and solved other significant technological challenges, too. The design of the circuit board took advantage of the gaps between circuits to disperse heat so it would not burn the circuitry. Flex developed an antenna with a ribbon nestled between the layers of the circuit board that could sniff out a signal from behind a flatscreen. Together, Google and Flex designed a working prototype in just four weeks.

In an age of disruption, where time-to-market makes the difference between pioneers and laggards, innovation must happen on multiple fronts. Collaboration between Google and Flex brought Chromecast design to life and got the device into consumers’ hands at a staggering pace.

The resulting size and curves differentiate Chromecast from its competitors—and so does the price. Google began selling Chromecast streaming sticks for US$ 35 in July 2013, offering a more accessible alternative to competitors’ US$ 100+ dollar products. Flex manufactured seven million of the devices during the first four months of production!