Various DSL Technologies And How They Differ 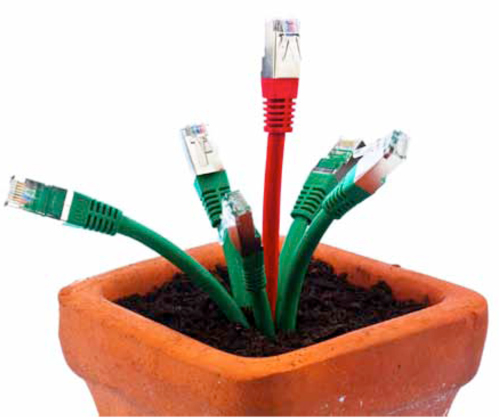 Until now, existing high-speed services (coaxial cable, analogue modem, etc) were not well-suited to the real needs of these services due to several different reasons. The idea of using twisted-pair cabling seemed the best since throughout the world millions of connections of this type were already in place and it just needed equipment to be added to the telephone exchange along with a small installation at the user location to be able to access digital subscriber line (DSL) technology. Unshielded copper pairs used in the telephone network carry voice signals in the frequency range of 300 to 3400 Hz but are capable of transporting information at much higher rates. These cables have been used to transport data in LANs up to 10 MHz or more.

The performance of analogue modems is very poor in comparison to the DSL. Another solution lies in modem bonding, where two modems are close-coupled to one computer, which may theoretically double the performance of a single modem. Theoretically, this arrangement increases network performance by a factor of two, but many Internet users need much more improvement in their connectivity speeds to support features like video streaming, online gaming and large fil transfer at the home or workplace. For these purposes, DSL is a better option.

Cable modems support high-speed, ‘always-on’ Internet access using the cable television lines, which is comparable to that of DSL. But, the difference between DSL and cable line technology lies in the distribution of bandwidth. In DSL the bandwidth is dedicated locally to all the subscribers, i.e., speed won’t drop when others use it at the same time. On the other hand, cable modem service involves locally shared bandwidth. This means, the realised performance of a customer’s cable will depend on how many other customers in that local area subscribe to the same service.

Integrated services digital network (ISDN) technology provides data rates just twice that of the ordinary dial-up connection. But this much speed is not comparable to data rates of either cable modem technology or DSL technology. ISDN has been more widely available for several years from the telecom companies, but the very fast expansion of DSL networks superseded the ISDN.

For remote areas, which are out of reach of DSL service, satellite data service is a good option. But, here again, data rates are nearly one-third the data rates of DSL.

The advances in electronics have largely made DSL a successful, faster and cheaper technology, though digging trenches in the ground for new copper or fibre-opticcables remains expensive. All types of DSL utilise very complex digital signal processing to overcome the inherent limitations of the existing copper pair. Until the late 1990s, digital signal processors for DSL were very expensive. But the rapid development in very large-scale integration (VLSI) technology has signifiantly lowered the cost of signal processors that supported DSL as a commercially successful technology.

DSL technology
Digital subscriber line (DSL) is referred to as a broadband technology because it is an ‘always-on’ data connection that is able to support interactive services including Internet access. It supports the minimum download speed of 256 kbps to an individual subscriber from the point of presence (POP) of the service provider where multiple such individual broadband connections are aggregated. The subscriber is able to access these interactive services including the Internet through this POP.

DSL technology is a modem technology that uses existing twisted-pair telephone lines to transport high-bandwidth data, such as multimedia and video, to service subscribers. xDSL services, a family of technologies, are dedicated, point-to-point, public network access over twisted-pair copper wire on the local loop between an Internet service provider’s (ISP’s) central offce and the customer site, or on local loops created either intra-building or intra-campus.

In order to provide DSL connections, the existing telephone network is utilised and a network element called digital subscriber line access multiplexer (DSLAM) is installed at the central office/telephone exchange along with a modem placed in subscribers’ home or workplace. The DSLAM works like a concentrator. It provides multiple DSL connections for access to the bandwidth available to the DSLAM from the Internet backbone. The connection to the subscriber is then given from DSLAM via copper lines. The DSL modem performs the task of converting the DSL physical layer signal into a format that can be understood by a computer or any other equipment connected to it (Fig. 1).