Wireless Charging is the Future

Wireless charging is no more inferior to wired charging. Better standards, integration methods and components have evolved over the past few years to make wireless charging a better technology. And it need not be confined to charging cell phones. Find out how

The multimedia-rich portable electronic devices available now end up consuming a lot of energy just to keep the device’s graphics processing unit juiced up. Let us take a cell phone for instance. The traditional approach is to look for a wall socket and push in the wired charger’s plug to charge the battery.

Though a cell phone can also be charged wirelessly, most people are wary of the time it takes to charge the phone wirelessly. No one wants to wait for hours to charge a phone’s battery wirelessly, especially when you need to use the device in next 15-20 minutes. But does wireless charging still take a long time to power up a device? 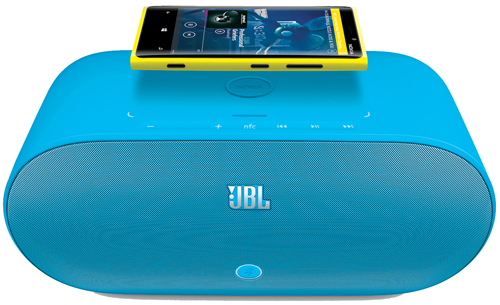 Although called wireless, wireless charging is not totally without wires. The primary coil in the charger needs current from AC mains to produce magnetic flux, which produces current in the charger’s secondary coil by induction for charging the device. So the primary coil is plugged into an AC socket using wires, though called wireless. Wireless charging, when started, was based on Qi inductive power standard that was produced in 2008 by WPC (Wireless Power Consortium).

The low-power Qi specification limits the draw of power to just 0W to 5W, which limits the current available to the device for charging. But newer wireless chargers available in the market are much better and can transmit a higher amount of current. A few years ago, Qi began to extend its specification to medium power to deliver up to 120 watts.

Chips like Broadcom’s BCM59350 let gadgets use any wireless charging standard. What’s more, it is not strangled by the previous 5W limit and can go up to 50% higher levels without breaking sweat. This results in a charging speed that can finally compete with what your travel charger gives you through its wire. Modern wireless charging allows transfer of upwards of 1A current.

Resonance charging
The new wireless charging standard A4WP (Alliance for Wireless Power) is changing the concept of inductive charging from magnetic induction to resonance. Magnetic induction requires the two coils to be placed very closely, whereas with this technique a large area is covered so the device’s position is not very critical. In fact, multiple devices can be charged wirelessly with this technique by placing them all within the wide resonant field. And charging is not affected by the position of the device being charged. No matter how you position the device on the charging pad, maximum amount of power gets transferred to the device to charge it easily and fast.

The chargers based on A4WP standard transfer power wirelessly at a frequency of 6.78 MHz, which is internationally available for such applications. The frequency used for control and management is within the 2.4GHz band, which is ideal for use with smartphones and with other electronics devices globally.

Charger-receiver alignment
Quick and proficient charging is possible only when the primary coil (transmitter) identifies the secondary (receiver). If the transmitter works efficiently but the receiver does not, the wireless charger loses its significance.

Texas Instruments has recently come up with two 5W receivers (bq51020 and bq51021) focussed around the Qi 1.1 standard. They offer a programmable yield voltage of about 8V, reducing the power loss and the rise in temperature by 35% compared to other charging solutions. The I²C interface in bq51201 enables designers to implement the pad detection feature, an easy way to align receiver with the charger and the foreign object detection to allow faster and efficient charging of all the Qi-compliant gadgets.

Lesser components
Texas Instruments also came up with bq500412 that allows designers to develop charging stations with half the number of components used in other charging solutions. This transmitter, featured on foreign object detection though created for 12V charging pad, can also be used with a boost converter to create a 5V USB charging pad with three coils to limit power loss. 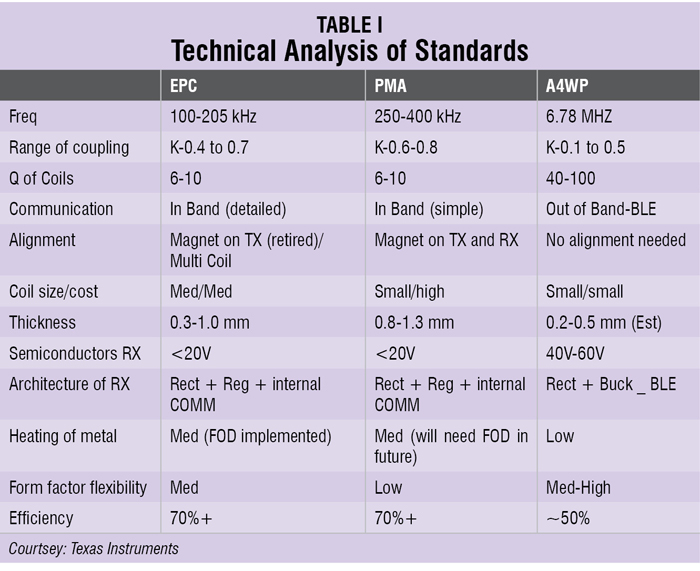 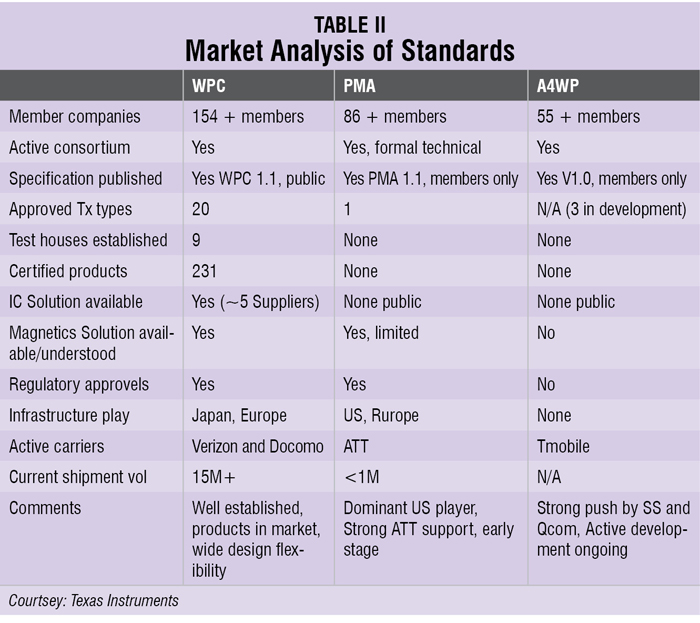 PowerbyProxi brings a fully integrated receiver circuit that fits easily into a smartphone to charge its battery wirelessly. You can place at least three devices on its pad for simultaneous charging. It charges a device at the speed of a wired charger without overheating its components.

Comforting power
Charging has moved on from what has hitherto been a utility to one that comes with an aura of comfort. Though the modules integrated in furniture are based on Qi technology they can also charge the devices that are not based on Qi technology. To accomplish this they use an adaptor with the module. C+P Furniture Systems is working to bring the whole new Cegano smart table and Prefino locker system with the wireless charging facility for smartphones.