Scilab open source software for numerical computation is used by engineers and designers for modelling, simulation and scientific research. Its latest version, Scilab 6.0.0, includes many interesting features like new core, new utilities, XCOS block diagram and news feed.
In applications such as automation, robotics and stock exchange, which rely on extensive numerical computation, Scilab gives users precision results at no cost. It can perform various mathematical functions like usual engineering and mathematics, 2D and 3D visualisation, algorithms to solve the intricate data, data analysis and control systems study, signal processing and, above all, modelling of mechanical and hydraulic control systems. Apart from mathematical functionalities, Scilab can interconnect third-party technologies and applications. 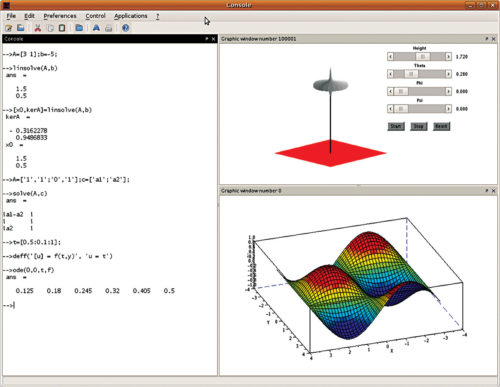 Compared to an older version we reviewed, new features in Scilab 6.0.0 include:

Rewriting of core is an added advantage for compatibility with MATLAB language. With this, the software is claimed to have refined grammar and language, which makes error handling easy, while simplified functions differentiate between characters such as single- and double-quote delimiters. Use of commas has also been defined and explained. Bigger data sets can be manipulated without wasting system resources. This is possible with an upgraded memory management system, wherein memory usage is limited only by the machine.

Designers can now write better scripts. To enhance script writing, the new version includes a debugger, which runs scripts step-by-step, lowering the chances of error and thus saving time. Coverage and profiling tool produces an HTML report for the time spent on each line.

The upgraded language syntax renders transparency and clarity. Cells, structures and syntaxes have also been changed, making the new version far clearer than previous versions. This has improved the performance of Scilab, as clear syntaxes and commands leave little room for errors. Clear process speeds up command execution, saving time.

XCOS is a graphical editor to design hybrid dynamical models of either mechanical or hydraulic functions. The designed models can be loaded, saved, compiled and simulated at the same time on the XCOS. Thus, all the functions for modelling job are carried out using a single editor, which helps the user to come up with an error-free end-product in less time. Also, data structure feature is well-written and easy to execute. 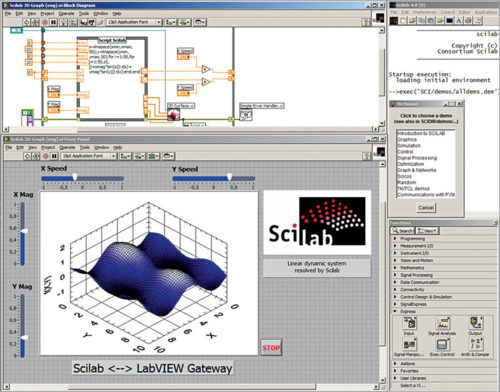 This section provides news, tips and general information from the community and Scilab enterprises. Thus, unlike other software, Scilab helps to bridge the gap between the software and users.

Besides, in Scilab version 6.0.0, addition and subtraction of an empty matrix (a matrix having at least one dimension equal to zero) to a matrix returns an empty matrix. The zoom rubber box can now start/finish from points lying outside the axes bounds. Bug fixing can be viewed in the root of the installation.

Scilab 6.0 gives designers a complete solution to solve ordinary to complex differential equations using a set of commands. Derivative functions help them in computing the numerical derivative of a function.

Users find Scilab far better than MATLAB because it is an open source software that lets users modify and use the source code as per their requirements. Transparency in data calculation and limitless options to customise are the other highlights of this software.