Analysers now aim at meeting all the test needs of an engineer from design stage to testing stage. Available in low-cost to high-performance range, the analysers are used for a variety of applications, such as 5G, smart antennae (like multiple-input and multiple-output) and smartphones. 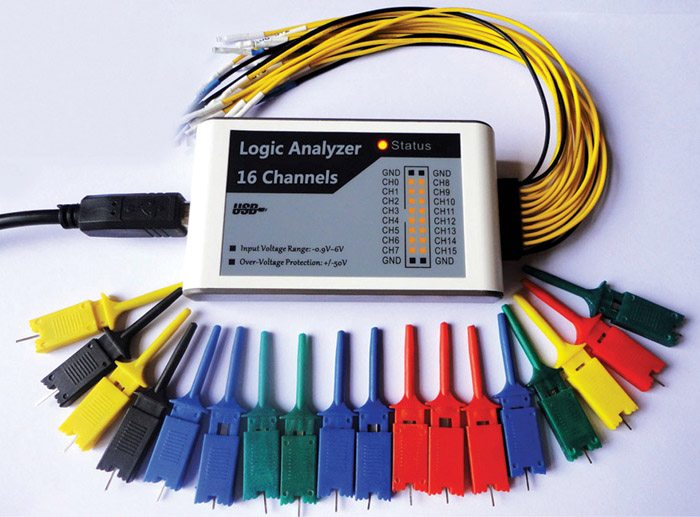 Traditional analysers are box type instruments with the capability of analysis in-built into them. With the newer modular PCI eXtensions for Instrumentation (PXI) based analysers, channels can be added as per requirement. For instance, by adding a card to an 8-channel logic analyser, it can have 16 channels, and by adding another card it can have 32 channels, and so on.

Functionality of traditional analysers is fixed, that is, logic analysers would do digital pattern analysis, while protocol analysers would do protocol-level analysis on specific, limited set of protocols. But the newer analysers are completely programmable in different environments, whether LabVIEW or any other text based programming language.

A programmable analyser can have ‘fixed’ personality wherever required. Whether it is radio frequency (RF), digital logic analysis or spectrum analysis, it is possible to use it as a traditional analyser, just like the box type instrument. If you are building a new protocol and want to do an analysis of that protocol, you have the flexibility to incorporate the capability into it. “Today, people talk about monitoring the spectrum instead of just performing a simple spectrum analysis, or probably even look at it as an intelligent demodulator. These are the software-defined personalities that you can bring to analysers,” says Satish Mohanram, technical marketing manager, National Instruments.

“Testing instruments are supporting high bit rate testing. This enables faster data rate development of future telecom technologies,” notes Madhukar Tripathi, regional manager, Anritsu India Pvt Ltd. Earlier, programming used to happen mostly on a computing platform, where you put the logic into a processor, try and implement it. But today, there are high-speed protocols, which run into gigabits and terabytes, where it is important to perform analysis at high speed to be able to cater to these high-speed digital buses and high-speed RF signal data. “Analysers come with a field-programmable gate array (FPGA) on board which can be programmed by the users. You can do real-time analysis, for immediate processing of incoming data, to exactly understand the kind of signal coming through, unlike in a traditional case where you just take the data and do off-line analysis of the protocol,” says Mohanram.

What’s shaping the analysers
One is FPGAs. High-speed analysers have in-built FPGAs. For instance, if need arises for a protocol analysis, the FPGA aboard takes the signal and processes it in-line. If there is communication that has to go back, it is sent and, at the same time, analysed information is available for the user to look at. “The FPGAs are also capable of breaking down the signal for analysis to learn the kind of communication happening, if at all this necessity arises,” informs Mohanram. He adds, “Hardware in-loop is a very common way of testing new-generation protocols because, if you have to test a protocol, you have to be able to emulate the receiver. It becomes easy with the FPGA based in-line processing capabilities and complete programmability that you get off these instruments.”

The FPGAs can be chosen based on signal being handled and the amount of in-line processing to be done. If the end user has a very high-end protocol that has to be implemented, and it needs a lot of logic and digital signal processing (DSP) blocks, a high-end FPGA could be used. Even the size of the FPGA is pretty much configurable based on the customer’s need.

Traditional analysers have been box type but now analysers are coming with just a single-slot card. Their size is shrinking tremendously, thanks to semiconductors and multi-core technologies. “FPGA and shrinking size are the key elements bringing down the cost and increasing the capabilities of these instruments,” believes Mohanram.

Besides, a single instrument now includes, for instance, spectrum analyser, logic analyser, oscilloscope, digital multimeter and multiple-slot PXI chassis capabilities, which reduces investment on instruments. It also minimises the effort on measurement, automation and learning how to use the instruments, besides occupying much lesser space in labs. Adesh Kumar Jain, applications engineer, Keysight Technologies India Pvt Ltd, says, “Software tools control different instruments from a single software on a single screen. Even mobile versions of software tools are launched by companies to control/monitor measurements from smartphones. These are supplemented with tools to make automation easier.”