A connector may seem to be a relatively unimportant component when we first look at any device. But design engineers know the importance of choosing the right connector for their design. A connector is the base of an electronic product, as it binds the entire system together. Also, it plays a key role in the successful design and reliable operation of an embedded system.

Interestingly, knowing better about the connectors enables us to choose an ideal match for our application. It is easy to design an optimal product by doing this in the early stages of an embedded system design process. It could make our system smaller, lighter and easier to handle. It also helps reduce cost and increase usability. 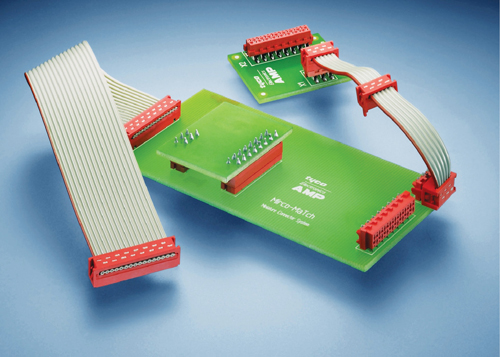 How connectors have changed
Just like other electronic components, connectors are also available in thousands of variants. Specifications and dimensions range from connectors for the smallest IC to big power connectors carrying very high current values on board.

With respect to the embedded connectors, a lot of changes have been witnessed over a couple of years. And on the design side, a vast majority of modifications have been implemented in response to consumer electronics trends.

Symmetry. The trend of symmetrical connectors was started by Apple, with the creation of lighting connectors for their branded portable devices. This trend has seemingly caught on. Apple has recently announced a new USB type-C connector, which is a reversible variant, which means there is no ‘wrong’ way to connect it. You can connect it upside down and it will still work.

Miniaturisation. The ongoing requirement for portable equipment is continuing to drive the general miniaturisation trend. To remain competitive and cope with an increasing demand for smaller circuits, connector manufacturers have further decreased the size of their connectors.

But despite their smaller size, the miniaturised connectors are engineered to still be able to pass large currents that were previously handled by their bigger predecessors. However, smaller electromechanical components have a problem of breaking easily.

The line dividing smaller connectors and fragile connectors. Manufacturing technology evolved to accommodate ruggedness to tackle the problem of fragility with reduced size. For instance, the housings are made from heat-resistant, self-extinguishing thermoplastic material in cases where environmental sealing is required.

More robust connectors can easily resist very harsh environments for a longer period of time. Considering the ease of servicing, pluggable connectors with higher ingress protection (IP) rating and better locking features have also come up. The connectors are also designed to be easier to connect, using technology such as ‘push-in connection’ that gives the connector an integrated spring lever.

Connectors also have features implemented to improve stability. For instance, TE Connectivity’s Power Triple Lock line features two optional locks—connector position assurance which secures the connector to remain intact and engaged, and terminal position assurance which prevents the terminal from backing out while ensuring that contacts remain fully seated in the connector. 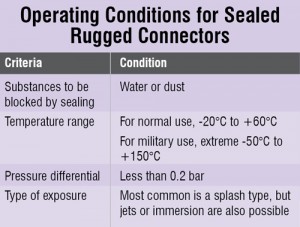 Connectors going contactless. An interesting technology that came up in the connector space in the last two years was the concept of contactless connectivity. This technology meets the market need of miniaturisation, decentralisation and the need for smarter systems. It allows you to transfer power and data without signal loss or the need for mechanical coupling through messy connection cables. It can operate through water, oil and non-metallic barriers, and is immune to pollution, vibration and harsh environment. It has low maintenance cost.

Hybrid technology. Hybrid connectors combine both power and data signal elements into a single housing. You can replace them with a single hybrid connector unlike traditional designs where you have to use separate data and power connections. They are widely used outdoors in heated and dusty environments and also under special IP compliances such IP65 and IP66.

Hybrid connectors are commonly used in avionics and also in video recorders for security surveillance. Combining power and data communication on a single connector helps reduce the number of connector elements, bill of materials (BOMs) and the size of the entire system, though this is subjective—varies for each case.

In the case of new hermaphroditic or genderless connector, it has mating surfaces that include both male and female aspects simultaneously, that is, it has a ‘mate to itself’ design. This feature removes the gender constraints and allows these components to freely connect with others, provided they are of similar size and type. The hermaphrodite connectors are also informally called as androgynous, sexless, combination, combo, two-in-one and two-way.