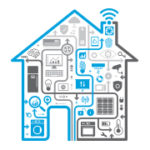 There are any number of strategies that consumers can try to fix interference problems with Wi-Fi in their homes — moving the router, reconnecting the device to their Wi-Fi network, power cycling the modem … and calling their service provider when nothing works and they don’t know what else to try. But as an RF engineer, how can you design a Wi-Fi access point that addresses the biggest interference issues from the outset?

This blog post examines the following factors that can impact Wi-Fi interference:

Many of these standards can interfere with each other, leading to connectivity problems for users.

The challenge is to keep all these licensed and unlicensed bands and multiple protocols working in conjunction with each other without interference difficulties.

Different types of interference: From in-device to LTE and Bluetooth

Desensitization is a degradation of the sensitivity of the receiver due to external noise sources, and results in dropped or interrupted wireless connections. It isn’t a new problem — early radios encountered receiver sensitivity when other components became active — but now it’s particularly troublesome for today’s wireless technologies, including smartphones, Wi-Fi routers, Bluetooth speakers and other devices.

The primary “desense” scenarios are: 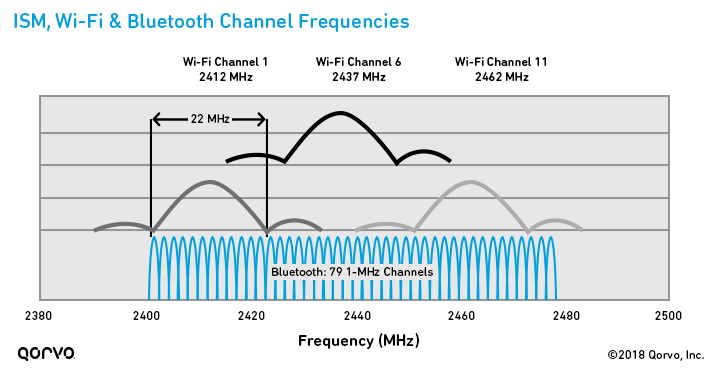 One way federal governments have tried to help consumers is by regulating the emissions and spectrum of many electronic devices and requiring consumer products to undergo compliance testing.

In the United States, the Federal Communications Commission (FCC) requires that most RF devices undergo testing to demonstrate compliance to FCC rules. They enforce strict band edges by requiring steep skirts on the lower and upper Wi-Fi frequencies, to help with coexistence with neighboring spectrum.

There are two ways for Wi-Fi access points to meet this FCC requirement: 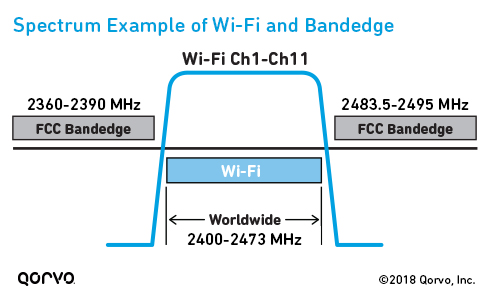 Our approach is to use high-performance coexistence and bandedge filters, to allow Wi-Fi transmitters to operate close to the upper and lower FCC band edges.