One important thing that I would like to clarify first is that, we are not talking about ‘potentiometric sensors’. Potentiometric sensors are used to measure the electrical potential of an electrode while no current is flowing through it. They are a type of chemical sensor.

On the other hand, the star of this story is the potentiometric position sensor, which is used to measure the rotary or linear displacement or position of an object using the technology developed for potential military applications which then were adapted to industrial segments. They are also referred to as “Potentiometers”. Some of these require physical contact with the moving targets whereas there are other types of potentiometers that are non-contact types, use the Hall effect IC technology and have long life as compared to the latter ones. One can refer a potentiometer as a normal circuit where the resistance can be changed manually with the help of sliding contacts.

Classification
It becomes very important to understand the classification of the product we are going to purchase, as this would help us narrow down our search. There are many different ways to classify Potentiometers. The broader categorization is based on their function or the area of application:

Another way to classify them is based on the materials they are made of: 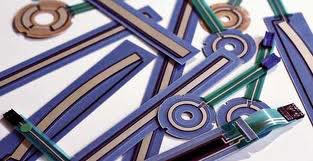 Then we can also classify them based on their design structure.