This article provides four simple applications that can help understand the control of DC/AC devices to develop real-world applications.

Fig. 1 gives an idea about the three phases for controlling a fan. In phase I, a temperature sensor provides a small amount of DC voltage, which is mapped to a digital number for decision making through coding.

In phase II, these decisions drive simple actuators, such as a DC fan typically running on 5V.

In phase III, controlling of higher voltage DC/AC devices, like a ceiling fan, by means of a microcontroller (MCU) or microprocessor is completed and demonstrated. This phase is found tedious by most people. Knowledge about relays that are used in most real-world applications from home appliances to aviation help in building impressive projects.

Relays are switches that control one circuit through another, without physical contact. Generally, these control high-power devices through low-power signals. This article provides four simple applications that can help in understanding the control of DC/AC devices to develop real-world applications.

Relays work on either electromagnet, reed or semiconductor principles. Electromagnet-controlled relays operate a mechanical switch by attracting a lever from one position to another.

Semiconductor-controlled relays use LEDs, photodiodes, SCRs and thyristors for switching a circuit on/off.

Reed relays use ferromagnetic material leads actuated by a magnetic field. The table shows the differences between these relays. 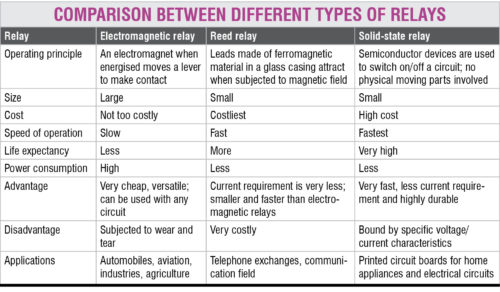 Fig. 3 uses an SPDT electromagnetic relay to explain throw, pole, normally-open (NO) and normally-closed (NC) concepts. The number of external circuits that can be controlled constitutes poles, and the number of connecting nodes constitutes throws.

Now, let us talk about using above-mentioned electromagnetic relays for achieving different circuit operations through four applications. You can improvise and innovate based on your application’s requirement. This is possible because of the versatile nature of electromagnetic relays, as these fit into every circuit. Arduino Uno is a very famous, cost-effective and simple development board.

Application 2 shows how to control the speed of a table fan working on 230V AC supply. Speed of DC motors or fans can be controlled by using simple potentiometer or pulse-width modulated (PWM) signals. For AC equivalents, controlling can be done using power resistors or power semiconductor devices.

A power resistor can withstand the rated wattage on it. Resistance across shown power resistor varies from 120 ohms to 60 ohms to 0 ohms, left to right with the right-most terminal fixed. Depending on temperature, an SPDT relay can be switched on to provide resistance of 120 ohms or 60 ohms in the circuit, leading to different fan speeds.

Application 3 shows how to water a field according to the water content in the soil. Arduino decides the amount of time and, hence, the amount of water to be pumped in the field, using a DPST relay. A siren in parallel sounds to indicate pump in on condition. This application is helpful in saving water.

Application 4 explains how to control a simple unmanned ground vehicle (UGV) that moves forwards and backwards depending on input. A DC motor’s direction of rotation is controlled by alternating the polarities of input voltage. A sensor such as ultrasonic sensor observes the obstacles and decides whether to move forwards or backwards. Fig. 7 shows a DPDT relay having two switches controlled by one excitation signal. Switches with polarity of 12V are required for the motor. Direction of motion of the UGV changes accordingly.

These applications indicate viable methods to employ relays to generate real-world applications. Relays, either electromagnetic, reed or solid-state, perform the same operation, that is, switching. Electromagnetic relays are easily implementable for any voltages or any devices and, hence, should help people in demonstrating projects successfully for environmental, medical, military, agriculture, societal, automobile, aviation and other applications.