Due to excessive fatigue, bone fracture or any other injury, our bodies at times experience muscle aches. In order to heal fast, doctors advise to restrict the stretching of certain muscles and keep them at rest as much as possible.

So today, we are going to make a smart Wrong Posture Muscle Strain Detector device that can measure the limits of muscle stretchability and any strain caused by it. In case of an excess strain than the set threshold limit, an alert is issued (to prevent any further damage). The device also saves the collected data on a smartphone by connecting through Bluetooth in real-time.

In the setup function, set the baud rate for Bluetooth HC 05. The Arduino Pro Micro has two hardware serial ports: serial and serial1. To implement Bluetooth, use serial1.

Then set the pin mode for the vibration sensor so that an alert or haptic feedback is issued by the device (when too much muscle stress is detected). Next we have the loop function where the EMG sensor value stays in check with the threshold value and gets updated accordingly (i.e. if the sensor value is greater than threshold value, an alert is given). The value is also sent to the app via Bluetooth.

Here, I am using Kodular but you can also go for Android Studio or  MIT App Inventor.

By signing in to Kodular, the app layout is created by dragging and dropping various components such as:

Connect the components as shown in the circuit diagram.

Connect the electrodes to the muscle and then power the device. Now whenever a muscle movement happens, its stress and contraction data will appear on the application. 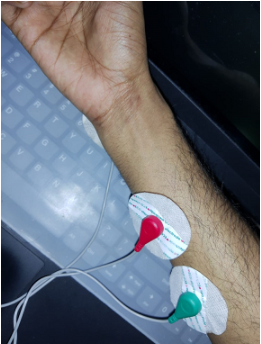 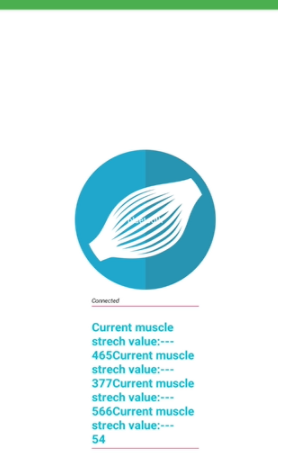