Sanitizing hospital rooms with human effort is not an easy task. It increases the chances of contracting infection, leading to further spread of harmful microorganisms

The UV sanitization robot uses the power of UV rays to kill germs and bacteria. The robot can also give a live video stream of its surroundings. With the help of WiFi, we can control the robot and its GUI allows us to drive the robot inside a hospital room without physically being there. All this enables us to sanitize the hospital room as per our requirements. By killing the germs, the UV light restricts their multiplication by destroying their reproductive system. 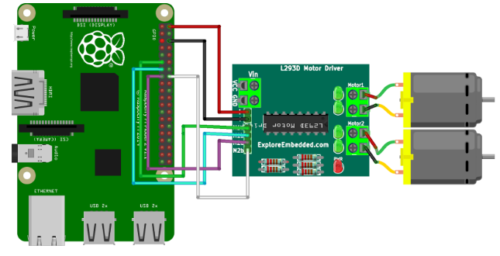 Hope you have upgraded your Raspberry Pi with the latest Raspbian OS and VNC viewer, and have access to the desktop window. Now open the Linux terminal and install the required library for Python that we will use in our project. Here we need to create a GUI, for which we need to install a GUI library for Python. Install the guizero library using the following syntax:

Next we need to control the GPIO to run the robot. For that, we need to install the gpiozero library. You can do so using:

After installing the libraries, let’s create the GUI to control our robot.

First of all, import the guizero library module and the gpiozero robot control module into the code. After that, set the GPIO pin numbers to control the robot. Here we are using 17.27.22.23.

Next, create the buttons for GUI and set their functions. Here we have created 5 buttons to operate the robot. 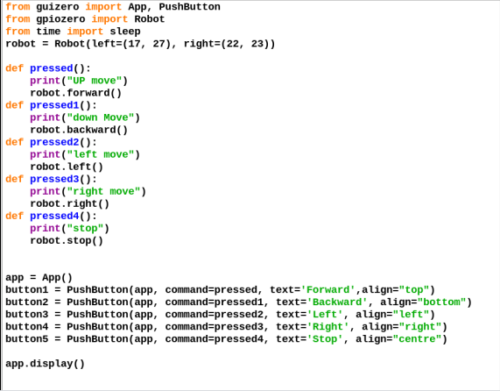 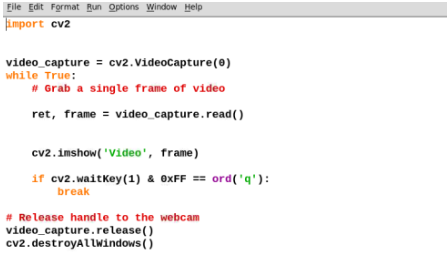 Place the Raspberry Pi in front of the robot in such a way that the camera can clearly view what is in front it. 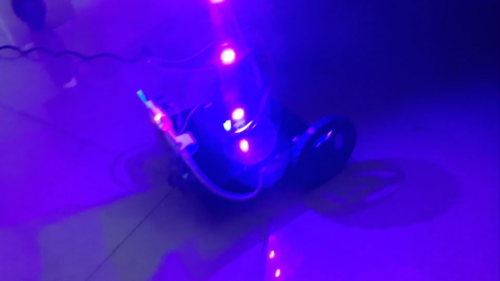 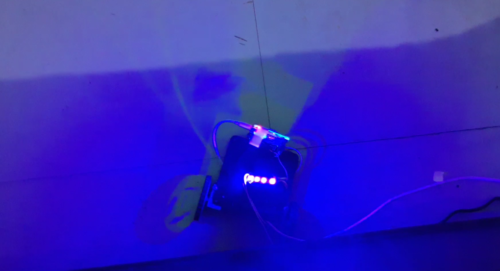 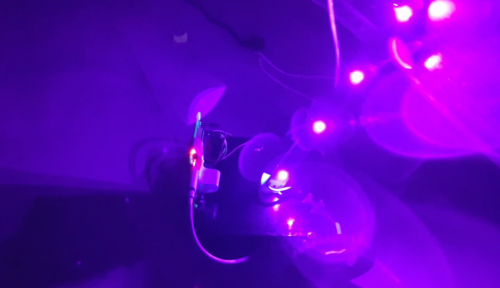 Now after getting everything ready, power the Raspberry Pi and wait for its bootup. After that, open its screen on a remote desktop or smartphone using the VNC and then run the GUI and video camera Python code. Now wait for a few seconds. An app with live video camera footage will then become visible on your screen. At the same time, an app with control buttons will also appear on the screen. Switch on the UV light and put the robot in a closed room of the hospital. You will be able to control the robot from outside and thus stay away from being exposed to the UV light.

Now you will be able to control the robot’s movement and see its current position for properly sanitizing the room. 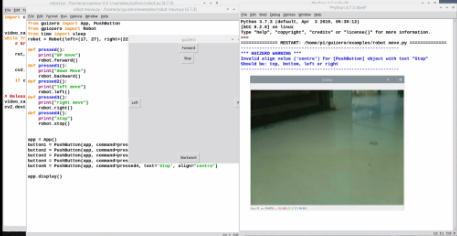