A “slave flash” (also known as speed light/strobe) is a flashgun that sits around quietly until it sees a bright light. When the slave sees a flash, it flashes itself. Employing off-camera flashguns get you some great dynamic lighting for wonderful photography that would be difficult to create any other way. Demoed here is an off-camera flash trigger accessory “Optical Slave Flash Trigger” which is tremendously useful if you work with a speed light. It simply is an exceptional light-sensitive sensor that detects light impulses and wakes up the electronics which then ultimately fires the attached speed light.

The base is to make things small, cheap, isolated, and independently powered. The best way to do this is to use inexpensive and readily available components as the heart of the circuitry. I prefer not using a microcontroller, even a cheap variant, for such a simple design (it would be overkill). The idea behind the design is very simple: 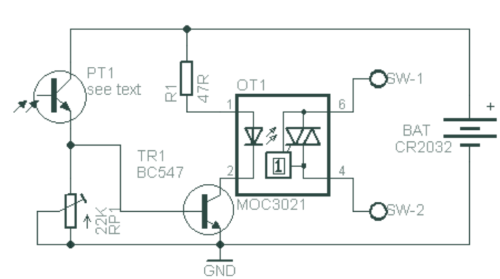 This little circuit works on the principle of Wheatstone bridge. When light falls on the phototransistor (PT1), its conductivity (and current) increases which makes the driver transistor (TR1) forward biased. As a result, the opto-isolated triac (OT1) wakes up to trigger the slave flash (thanks to an optical coupling, it enables safely to use even the oldest flashgun that could otherwise damage your circuitry by high voltage ignition). However, you need to be aware that the connected slave flash doesn’t work when the ambient light is too strong i.e. during spacious daylight. Likewise, it may even misfire when you have a very bright source of artificial light in its path. Potentiometer (RP1) here helps you to set a light detection threshold the right way.

The light sensor used here is a generic 5mm round phototransistor. The type is a high speed and high sensitive silicon NPN phototransistor. Due to its clear epoxy, the device is matched to visible light and infrared radiation. The opto-isolated triac in the circuit is a type MOC3021 consists of gallium arsenide infrared emitting diode, optically coupled to a silicon bilateral switch. Since the CR2032 Lithium Manganese Dioxide battery have a nominal voltage of 3V (nominal capacity 220mAh), the whole circuit can be powered from it without any undue difficulties. 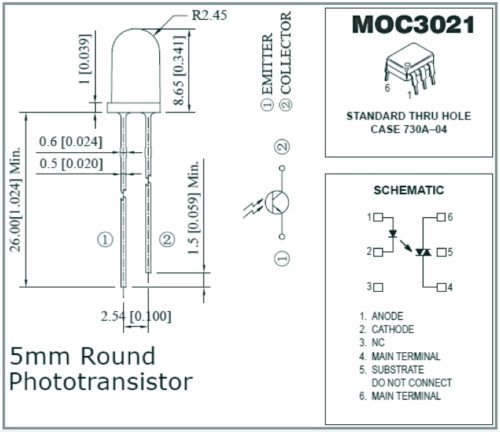 For interconnection between the assembled slave flash trigger circuit and the slave flashgun, a female hotshoe is required. All that needs to be done to trigger the flash when it’s in the hotshoe is to short the two trigger contacts. So just extend the switch output (SW1 & SW2) of the circuit to the hotshoe’s electrical (trigger) contacts through a (built-in/freestanding) sync cable. 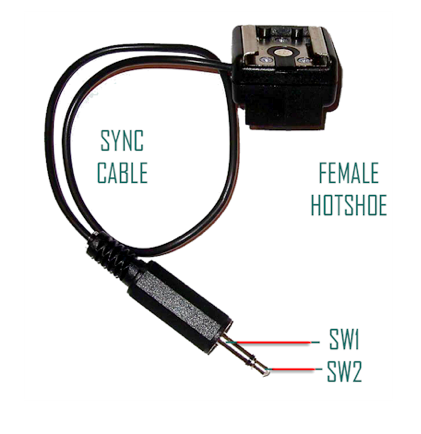 In the range of artificial light sources, Xenon is known to approach the sun’s “natural” color spectrum well in visible range, roughly 380-750nm. As such, Xenon is widely used in camera flash systems. In an electronic flashgun, a high-voltage capacitor is used to store electric energy for later use. When the flash is fired (triggered), the capacitor releases its energy through a flashtube. The flashtube filled with Xenon gas produces an intensively bright light for a very short time.