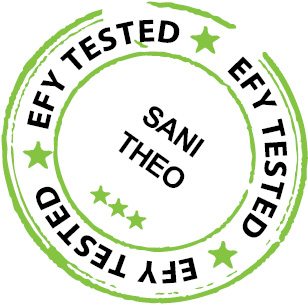 A mechanism that allows a machine to test itself is called built-in self-test (or BIST). It can generate patterns based on a variety of algorithms, each focused on a particular type of circuitry or fault type. Comparison function has a number of unique implementations including actual comparators as well as signal analysers.

In this project we will design Memory BIST (MBIST), which uses one or more algorithms specifically designed for testing memory faults. BIST structures generate patterns and compare output responses for a dedicated piece of circuitry. You can implement BIST on entire designs, design blocks or structures within design blocks. Pattern generation as well as output-comparison circuitry can vary depending on the design.

The basic types of memory faults include stuck-at, transition, coupling and neighbourhood pattern-sensitive. In this project we will design BIST for memory stuck-at fault model, which means that a memory fails if one of its control signals or memory cells remains stuck at a particular value.

Stuck-at faults model this behaviour, where a signal or cell appears to be tied to power (stuck-at-1) or ground (stuck-at-0).

Device testing requires stimulus, a mechanism to apply stimulus to the device or circuit under test (CUT), and some means to analyse or compare the device’s responses with a known good (non-faulty) response.

Classical testing uses external test patterns as stimulus and applies the patterns to the device via a tester. The tester examines the device’s response, comparing it against the known good response stored as part of the test pattern data.

Fig. 1 shows how BIST places all these functions within the circuitry surrounding the CUT. A state machine is used to generate stimulus and analyse the response of the CUT.

BIST specifications. BIST is basically used to help in the testing of memory, which is an extremely complex architecture (fabrication wise), with the help of a few pins. In fact, while testing a memory using BIST, applying a simple clock signal along with a few pins helps test the entire memory IC.

Here, we design a memory model, BIST controller and its test bench, which is used to drive the entire operation of BIST. In bist_controller.v code, the finite-state machine is driven via a data generator, an address generator and a control generator. Also, MUX is used to select the operation of BIST or normal memory operations.

We design and analyse BIST using the pattern generator, which will write and read-back same patterns in all memory locations.

We considered 1024 inputs, each having 32-bit data. Now, for a functional test, a stuck-type fault model in logic circuits and their pattern generation for read-and-write operations will be demonstrated by writing a test bench for the memory model and BIST controller on ModelSim.

In this project we will test BIST for stuck-at-fault 0 for the memory model. The design hierarchy of BIST design is as follows:
• tb.v
• bist_controller.v
• memory_model.v

Here, test bench (tb.v) will generate a pattern for all memory locations with the help of a pattern generator defined in bist_controller.v, which will further generate the pass or fail status as per the finite-state machine.

You need to provide inputs manually to Memory_model.v when not in BIST mode. So, for testing of BIST for stuck-at-fault 0, we need to simulate the above-mentioned three files. Additionally, we need sim.do simulation file. It should be present in the same folder of the above-mentioned files.

Verilog programming is used in this project. Bottom-up design has been followed in this article in order to facilitate easy debugging of various modules.

Modelsim is an easy-to-use yet versatile VHDL/SystemVerilog/Verilog/SystemC simulator from Mentor Graphics. It supports behavioural, register-transfer-level and gate-level modelling.

To start BIST design and memory model simulation, install ModelSim V10.4a on a Windows PC and follow the steps mentioned below:

1. Start ModelSim from the desktop; you will see ModelSim 10.4a dialogue window.

2. Create a project by clicking Jump Start on Welcome screen.