This intercom circuit based on IC LM380 audio amplifier requires very few external components. So the circuit is very easy to assemble.

Circuit diagram of the intercom is shown in Fig. 1. In addition to audio amplifier LM380 (IC1), it uses a condenser microphone (MIC1), an 8-ohm, 0.5W speaker and a few other components. 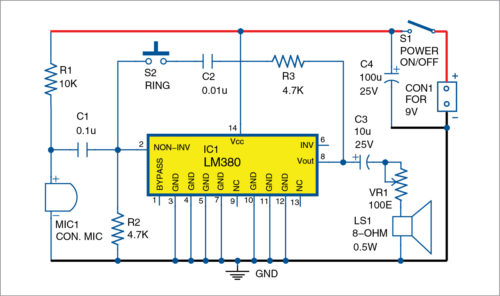 Assemble the same circuit on two separate units. In order to use these units as intercom, extend the output (LS1) of the first unit to the second unit placed in a remote location and vice versa. Set the required sound level by adjusting potmeter VR1. Press switch S2 momentarily to generate an audio tone in the speaker (LS1).

The circuit works off a 9V DC battery. Alternatively, you can also use a 9V unregulated power supply.

A PCB layout for the intercom is shown in Fig. 2 and its components layout in Fig. 3. 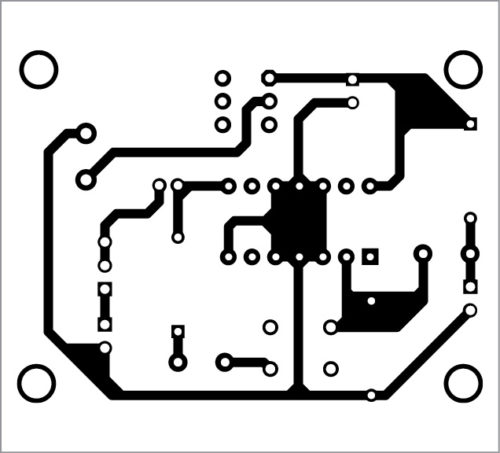 PCB layout for the intercom 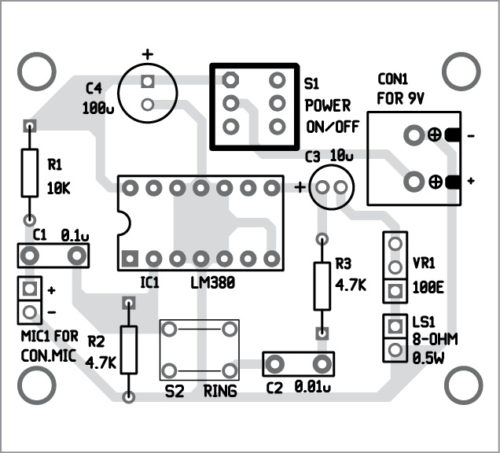 Components layout for the PCB 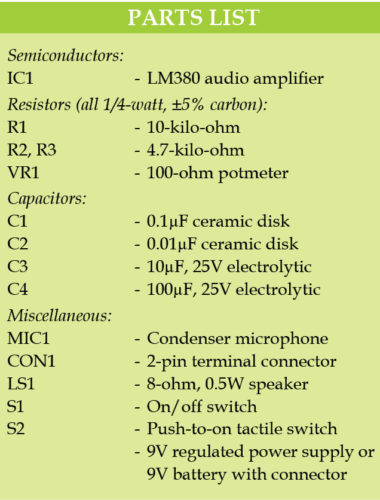 Use shielded wires for connections to both the units.