DUA: A Wish for Your Safety

If you are able to read this article, you are very lucky. Read on to know why!

Floating amidst the uncountable luxuries in life, we often tend to neglect the importance of all that makes our life even more valuable. Let’s be honest and think- while we notice the colorful rainbow in the sky or that blooming flower in our garden, do we realise how lucky we are to see them?

Have you ever paused for a moment and thought how difficult it would be if you weren’t able to complete your everyday tasks with the ease that you do now? Crossing the bustling road; rushing to your office through those narrow lanes and crowded streets because you are running late; secretly walking in the kitchen at night just to have an extra scoop of ice-cream- all of these might sound like naïve tasks to you, but for some people they aren’t.

“Of the 37 million people across the globe who are blind, over 15 million are from India.” (Source: Times of India)

This daunting and disturbing reality inspired a group of students and faculty of the Department of Computer Science of Hans Raj College, Delhi University, to come forward and develop an Electronic Travel Aid (ETA). The ETA is indeed a support to the visually impaired (VI) individuals along with being user-friendly and affordable. The cost effectiveness of the device is instrumental in its being an everyday part of their lives.

[stextbox id=”info”]The device is christened, DUA, which is a humble effort to provide freedom of movement and freedom from fear.[/stextbox]

What is DUA all about?

DUA also known as the Device for the Uniquely Abled, is an Electronic Travel Aid (ETA). ETAs help the visually impaired people to commute from one place to another with little or no difficulty. They usually handle the issues of Obstacle Avoidance, which refers to sensing and hence avoiding any obstacle that obstructs the path and Way-finding, which refers to planning and following routes from one place to another while keeping a real-time understanding of the current position. 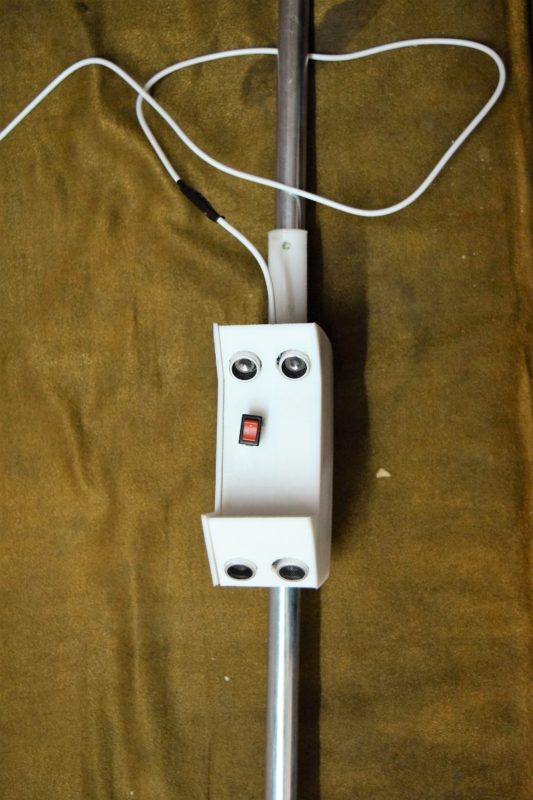 On a broader level, Project DUA is an attempt to make the lives of the VI individuals easier. After the team visited several institutions which cater to the VI individuals, they realised that there was an urgent need to develop a device which could help these people. The team found out that almost 90% of the VI population survives in a low-income setting. Hence even the presence of a variety, but expensive ETAs prove to be of very less help to them.

Several attempts in the form of Electronic Travel Aids (ETA) have already been made to improvise over the traditional White Cane, which has its limitations of not being able to detect above knee-level obstacles, and not detecting certain obstacles until they are dangerously close to the user. However, the DUA team was particularly inspired by the Smart Cane developed by the Indian Institute of Technology, Delhi. After analysing the device and interacting with its users, the team saw scope of improvement in the device. Even though the Smart Cane sets an example of humongous effort in this field, it still has its limitations. Its users perceive the obstacle from a distance of more than 2 meter which misleads the users from their desired path. Also, Smart Cane’s vibrations do not help an individual judge the placement of the obstacle (knee-high or at head-level) hence leading to collisions. 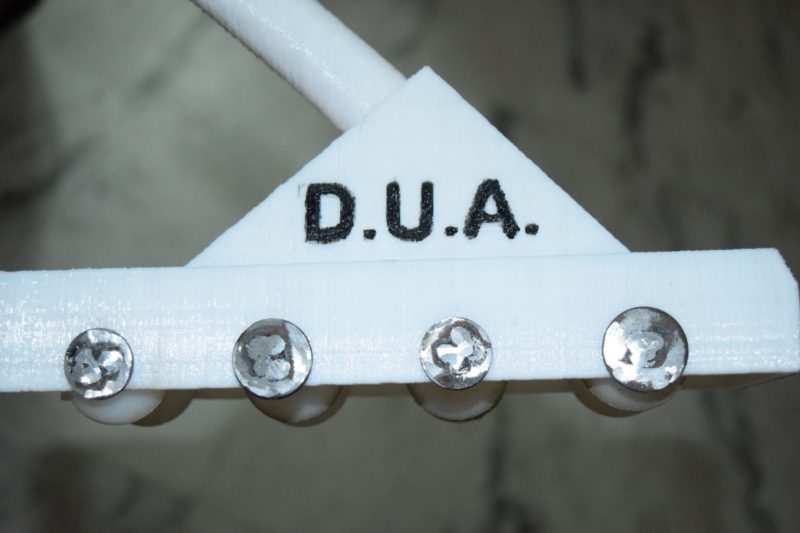 Some other ETAs that are available include the vest and belt, KSonar, Hi-tech glasses, Ultra cane and Mini Guide to name a few. Some of the drawbacks include continuous vibrations that confuse the user; auditory cues that mask vital environmental sounds; being un-mountable on cane; being expensive and not being user friendly. The team DUA studied the strengths and limitations of the presently available ETAs in our country. With a vision of eliminating all the limitations and adding more features, team DUA is all set with its first prototype of the device.

The device constitutes of a pair of glasses and a cane. Both the pair of glasses and the cane work on the principle of reflection of sound waves. They use ultrasonic sensors which determine the presence of any obstacle in front of them and the feedback is imparted to the user through haptic vibrations. Intensive feedback and interactions with users made certain facts very clear: they feel comfortable with a cane and a pair of glasses and will welcome any device incorporated in them. The inclusion of the pair of glasses gives the device an edge over the other existing devices. They make it usable at places which are too crowded for a cane to be carried around; gives the user the facility of knowing about any obstacle at his/her side by just moving their head and not the entire stick. Most importantly, the user can differentiate between the obstacles at various body-levels due to the separated vibrations via the stick and the pair of glasses. During experiments and as per the metrics obtained, it was clear that the DUA cane alerts the user of up-to chest high obstacles and the pair of glasses alerts of obstacles at the head level. This was welcome by the users and has evidently increased their confidence. 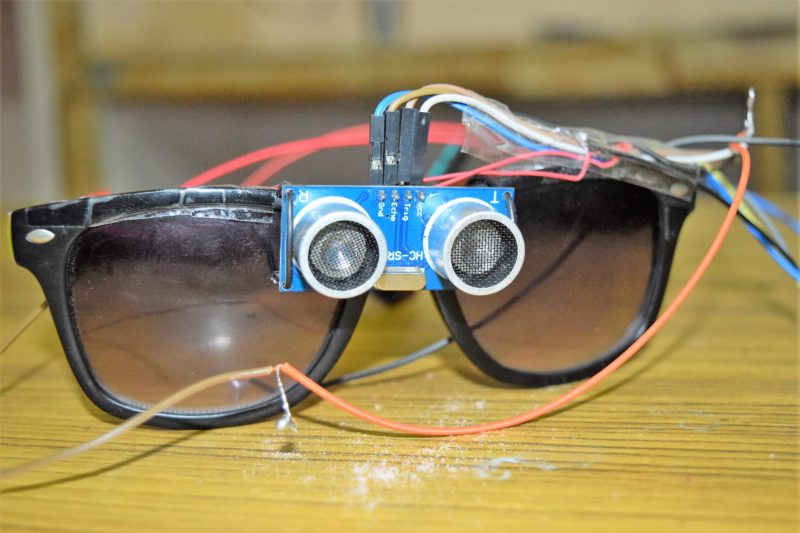 [stextbox id=”info”]DUA cane alerts the visually impaired user of up-to chest high obstacles and the pair of glasses alerts of obstacles at the head level.[/stextbox]