The Qube’s main menu features a special design—a three-dimensional hexahedron with only two sides exposed. The left side is used to indicate which of the main sections is currently selected, while the right offers sub-menus to drill into. Apart from typical Google apps, the Qube also includes other applications like HBO Go, Netflix, Chrome, oogle Play, Google Music, PrimeTime, Whiteboard (to turn your TV into a collaboration device) and ASUS Web Storage to easily access your content on the Cloud. ASUS also offers apps for accessing your movies, music and photos via DLNA, FTP, SMB or an external USB-attached hard drive. Almost all typical formats, codecs and containers are supported.

Listen to music the traditional way
It does seem very convenient to store all our audio files in comressed formats like MP3, but sometimes when we play an archived or downloaded music file or stream Internet radio on a high-end audio system, we wish we had the original disks. With this new, innovative personal audio converter, things might be much better. Arcam has launched rPAC—a portable digital-to-analogue converter (DAC) that has won a lot of critical acclaim. It brings high-end hi-fi quality to the audio files on our laptop or desktop, by bypassing the internal amplifier i your device, and processing and amplifying the audio by itself. 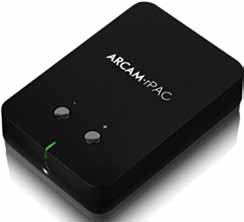 Inside: rPAC is a compact, 300gm, box-shaped device that can easily sit in a pocket. It features hi-fi-grade hardware and software engineering, designed to enhance all audio—be it low-bitrate Internet radio, CD-quality or even higher. The USB-powered plug-and-play device supports 24-bit depth, sample rates of 96 kHz and frequency response of 10 kHz to 20 kHz. Its built-in amplifiers provid a high headphone output power of 138 mW. It can output to audio systems using a standard RCA lead or to headphones using the 3.5mm jack. It also features independent volume controls.

Asynchronous USB technology removes jitter by using its own precision clock circuits to control timing inside the DAC. Radio frequency suppression eliminates background noise due to high-frequency radio bands within the computer. rPAC uses a TI Burr-Brown PCI5102 DAC chipset, and supports Windows XP, Windows 7 and Mac OSX (Linux is not supported yet).

The new, all-electric Beemer
The latest buzz is the BMW i3’s launch in July 2013. The model is expected to be priced much higher than its counterparts from other brands. So what makes the all-electric i3 so special? One is the Life Module—a body constructed of special material. Then, there is the completely battery-powered electric engine and other sustainability features. Apart from all this, there is also the innate intelligence of the vehicle, enhanced with seamless smartphone integration and remote control via the BMW ConnectedDrive application. 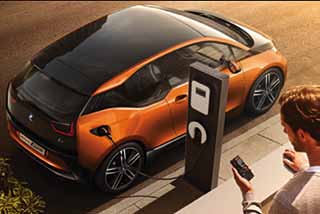 Inside: The electric engine generates an output of 125 kW/170 hp (and a maximum torque of 250 Newton-metres) by transferring a spontaneous onset of power via a single-stage gearbox to the rear wheels. The e-motor of the car is powered by a special battery housed below the chassis. This special, high-voltage lithium-ion battery typically requires recharging only once in two to three days, i.e., after 130 to 160 kilometres. It also includes an intelligent heating-cooling system, which ensures that its energy output is not deeply affected by temperature fluctuations.Intelligent electronics, complete use of LED lights, smart air-conditioning and eco driving modes help conserve energy further.

The car features a passenger cell made of carbon fibre-reinforcd plastic (CFRP) and an aluminium chassis carrying the battery, motor and suspension. This new material not only compensates for the weight of the battery but also gives a lower centre of gravity for improved driving dynamics and safety. The i3 features advanced in-car electronics including connectivity to the outside world and two displays that are capable of high-definition 3D video.

The car connects to your smartphone using the ConnectedDrive navigation system, which has several useful features. One such feature is the dynamic range indicator that takes into account factors such as battery charge, driving style, topo-graphic conditions and current traffic situation, to inform thedriver about how long the battery will last, the nearest charging station (which may even be reserved in advance), how long the battery needs to be charged to complete the journey, etc.

Mind-controlled mobile devices
Samsung’s Emerging Technology Lab along with Roozbeh Jafari’s team at the University of Texas in Dallas is developing a device that would allow users to control smartphones and tablets with their brain. The device, like many forerunning experiments of its kind, uses electroencephalography (EEG) as the basis for ‘reading’ the mind. While Samsung has no specific plans to develop a mind-controlled device yet, it has seen hopeful results in the experiments. According to recent media reports, users were able to perform an action with their mind at a speed of one action per five seconds, with an accuracy rate of 80 per cent to 95 per cent. If this technology becomes reality, it could be very useful for people with motor-control problems and other impairments.

Inside: The research is based on the team’s observation of well-known brain activity patterns that occur when people are shown repetitive visual patterns. The device uses an EEG cap that the users have to wear to control a Samsung Galaxy Note 10.1. When they concentrate on an icon blinking at a distinctive frequency, the cap detects the brain activity pattern and converts it into an instruction to launch an application, select a specific person out of a list of contacts or a song from a certain playlist, or even turn on or turn off a mobile device. Although full of wires, the EEG cap does not use a liquid bridge for the sake of comfort. As a result of this, the resulting signals are a bit weak. So the team is trying to come up with better signal processing methods to extract the correct information required to control a device from relatively weak EEG signals and convert these into inputs for the device. They are also hoping to develop easy-to-use EEG sensors and to make the whole system more comfortable.