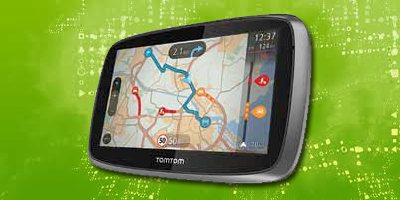 How soon can you reach your destination?
You might know all the routes to your office, but are you in a position to know—every morning—which of those routes has the least traffic and will reach you to the office at the earliest? This is a common situation faced by people across the world. TomTom, the well-known maker of auto accessories, especially GPS-based ones, has revealed a new technology that will help people find the best route for common journeys that they routinely make. 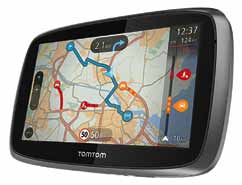 TomTom Commuter concept will provide dynamic ‘estimated time of arrival’ (ETA) comparisons at key decision points along the daily commute. That is, it can calculate exactly how long it will take to reach a destination at that particular instance, thereby eradicating uncertainty and enabling drivers to make informed decisions. Its focus is not on maps, navigation, etc, but solely on fnding the best possible route for your daily grind.

Inside: Since TomTom’s Commuter is still a concept, very few technical specifiations are available. What is known is that it is a small disk-shaped unit with a circular display that attaches to the dashboard. In the background, there is a Cloud-based personal profile covering your regular routes and timing information. The contextaware system will then combine this information with some smart algorithms and TomTom’s traffic service to keep you updated on traffic conditions and your best route option. The company plans to cram all its traffic monitorng technologies into this handy system. However, there is still no exact date of release.

Students at the Brigham Young University have developed a prescription-controlled medicine container for storage of potentially-addictive medicines. It will be especially useful in preventing drug abuse using prescription painkillers. Called Med Vault, the concept device can be electronically programmed by a pharmacist. The bottle locks up after being loaded and programmed, and delivers only the prescribed number of pills at specified times It is tamper-resistant and includes password control too.

Inside: As soon as a Med Vault device is connected to a computer using a USB cable, the bottle opens up and becomes accessible to the pharmacist, who can fill it up and program i to deliver the required number of pills at the prescribed hours. The device will automatically close and become locked after the pharmacist unplugs the USB cable. The time for the next dose is displayed on the cap of the bottle. When it is time to take the medicine, the owner of the bottle has to enter an access code on the bottle’s cap in order to trigger the release of the pill—in order to prevent kids or unauthorised people from accessing it. The bottle is made of tamper-resistant and break-resistant materials, and cannot be broken even with a hammer. While the Med Vault can handle all types of pill shapes and sizes, the device can store only a single type of medicine at a time. So if someone takes multiple addictive medicines, he will need multiple Med Vault bottles. At present, the device costs around $20 to manufacture, but with mass production the cost is likely to go down.

Feature-packed Google TV media streamer
Media streamers based on the Google TV platform have been announced by several consumer electronics makers including ASUS, Logitech and Hisense. The ASUS Qube is one such Google TV-based entertainment device with some special features like a microphone for voice search and a unique main menu interface. It is a compact, cube-shaped device measuring less than 12.7 cm (5 inches) along the edge, and includes ample ports, support for all common formats, several useful apps, wired and wireless connectivity, and a feature-packed remote. 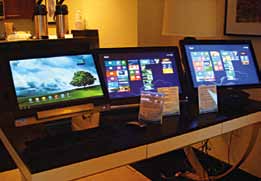 Inside: The Qube uses a Marvell Armada 1500 chipset and comes with 4 GB of Flash storage. It can connect to the Internet using the 10/100 Ethernet port or wirelessly using 802.11b/g/n. There are two HDMI ports, so you can also plug in your cable or satellite TV set-top box. There are two USB ports, which you can use to connect to an external hard drive or Flash drive. There is also a port for the IR emitter, in case you wish to control your TV or AV receiver via IR using the Qube’s remote. The device comes with HDMI-CEC, which enables the TV and receiver to automatically turn on or turn off when the Qube does. The remote has a track pad, which you can use as a pointing device or as a push-button d-pad for standard up-down-right-left navigation. It also includes a microphone and buttons to activate voice search.