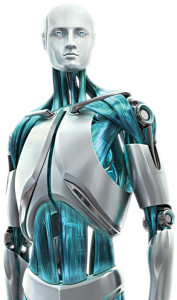 Robotics is by its essence a multi-disciplinary science. Research into autonomous navigation gathers knowledge from physics, electronics, mechanics and computer science. In transportation sector, the motivation for developing autonomous vehicles is driven by safer roads, better traffic-management systems and energy efficiency. However, as technology evolves, there are other types of opportunities arising in the future.

Such technologies are likely to have a predominant effect on areas such as health and medicine, manufacturing, energy, agriculture, environment or space exploration. In health and medicine, artificial intelligence (AI) and image processing could become determinant tools in the ways healthcare diagnostics and surgical interventions are performed. Computational algorithms could, for example, help identify damaged tissues and make predictions on what is likely to happen during a biological cycle. Machines are already far superior when it comes to processing high volumes of information, and providing alternative diagnostics in health care could become standard de facto.

Tele robotics will allow new forms of communication, personal advising and motivation, which can bridge the gap between care providers and care receivers. In terms of surgical procedures, as robots’ dexterity and accuracy increases, the ability to assist surgeons in difficult operations will result in better outcomes for both clinicians and patients.

In manufacturing, we could expect image processing to re-frame current production schemes. As computer vision becomes more associated with high levels of dexterity, new forms of production and assembly/disassembly lines could be applied. It is likely that such paradigm will complement factory workers, where robots are better at producing goods, but humans are far superior in quality checks, supervision, product design and innovation.

Then, we have energy. Again, the notion of computing becomes extremely relevant. As renewable energies become a reality, we will also need to build infrastructures for production/conversion and distribution networks around the globe. The concept here is decentralisation. We will use AI, pattern recognition and decision-making algorithms to control the flow of energy and bridge the gap between producers and consumers. Such an efficient way of controlling energy (intelligent grids) is also likely to broaden the access of energy, and eventually reduce production/conversion/consumption costs.

Another important area deals with AI in agriculture. As the world population increases, we will have to find new ways of producing food. As an example, the knowledge brought by autonomous vehicles could be translated into autonomous vehicles for helping in agriculture. AI and image processing could allow autonomous tractors to work tirelessly on the fields, performing tasks such as moderating the percentages of water, fertilisers or pesticides. Seeding or watering could become normal procedures for autonomous farming vehicles. Similarly, the use of unmanned aerial vehicles (UAVs) for agriculture checks, treatment and mapping will become a reality in the future.This is likely to be translated into a reduction of farming costs, and inevitably into a reduction of food prices.

Materials research is likely to offer alternatives in robotics production and related areas. In the future, robots could become cheaply-built, disposable and recyclable in numerous applications. On the same spectrum, robots could become important tools for collecting garbage and recycling. Cleaning parks, oceans or other areas could become a reality for the use of robotics and AI. Such features could have a positive impact on the environment.

In terms of space robotics, we could also see some increase in the use of autonomy in space explorations. Autonomy could be translated in terms of orbital robotics when assisting astronauts, for example tossing satellites, opening or closing valves, or simply cleaning certain equipment.

On another spectrum, one of the biggest challenges with planetary rovers (ROVs) deals with delays in communication between the Earth and robots. Meanwhile, AI algorithms are being developed for giving the robot enough autonomy to explore certain areas while humans try to regain control. Such challenge is highly important in terms of negotiating trajectories to avoid obstacles, maintain the robot’s integrity, save energy and possibly regain communications with the Earth.

Another aspect to bear in mind is that ROVs can act as scientific advisors (expert systems) for human operators back on the Earth (for example, for sensing things that would be biologically impossible to detect) in dangerous environments.

By now it is perceptible that when performing research into autonomous navigation, we are not only talking about autonomous driving vehicles, but indeed pushing the boundaries of robotics and AI to other areas of human life.

Enhanced Performance Of Microbots Enables Them To Fly Like Insects