Need Of Indian Broadband And Where The Future Lies

Just a couple of years ago when reliance Jio debuted into Indian telecom scenario with LTE offerings, things went into surprises for the end users. It was not only commercial surprises like free offerings, but in fact, that was more surprising for incumbents. People who were not accustomed to the application like Skype, Google talk etc, first time saw video calls with their handsets and by which they could see their near and dear far apart over a video on their handsets. It was all exhilarating and exciting with the boost of free data available to use. The most admiring part of the story remains that Jio’s gigantic plan has taken the Indian telecom into the next phase.

As we know that technologies are continuously evolving. Not only those that transmit data but those that are generating or devouring data too. So, there is the increase in demand as well as supply and intermediaries are coping with that. In a comprehensive end to end view, it is about the whole ecosystem that has emerged to create new services and infrastructures to deliver more surprises, nevertheless to say that application like AR/VR and Autonomous vehicles and many such will keep the end user in awe in coming time.

The core of all this lies at ICT, as the new phase of ICT is being taken with the notion of Industry 4.0, and reach of the ICT lies with Access of Broadband, notwithstanding be it wireless or wireline, that’s the commercial things.

Broadband in India has not yet been taken seriously in sense of social empowerment and access of remote and last connect to the mainstream. Reliance Jio came with LTE as an telecom Unicron. India is a mass market and gone are days where industries used to capture the market of elites.

The success of reliance lies on the fact of its understanding of Indian market and plan the things big — covering the whole gamut. Not only providing network services and infrastructure but also enabling the common man to access it through free data and cheap mobile handsets. Moreover, not exaggerating by the understanding that nothing is actually free, Indian public can be utilised well for heavy load testing – so instead of circulating test phones to enterprise workforce, why not to people itself for free, another aspect to see reliance wisdom.

But the question is not to set up an incumbent here but the social reform, as Govt regulatory organizations are also of the mindset to set up the incumbents only, completely overlooking power of ICT and most importantly broadband. The data rates and call drop issues are crippling the real power of ICT and handicapping it without right kind of regulation and control over the services, which breaks the reliability and sustainability with the trust for new kind of services.

The Govt initiatives like “BharatNet”, is about providing information highways through fiber network across the country, and also like Digital India, Make-in-India etc to create a whole ecosystem, are viable ingredients. 5G from Govt has been put to adapt the technology at large scale, DOT is setting a test bed for incubating it. These are no doubt encouraging and remarkable moves and yielding the outcome as well, but more is there needed to be done.

The Project like “BharatNet” is the most important one to set the base or minimum viable infrastructure for India broadband, though focus must move on satellite or other technologies too. The Forums like BIF (Broadband India Forum) has been catalyzing for the use of satellite backhaul. This is encouraging new entrepreneurs to come up. In recent time, like in a year or two, it is being closely observed that some businesses are being cropped up based on such infra and also being felicitated by cheap china supplier for their fulfillment.

In this new breed of last mile access providers, WiFi has emerged as prominent technology, with ease of deployment and low cost of management. We have seen many retail like business mushrooming, not only in rural but in urban India too. So there are not incumbents like Reliance Jio but also the people in the propensity of grocery or garment businesses taking advantage of Indian perspective for their greedy gains in all their capacity. 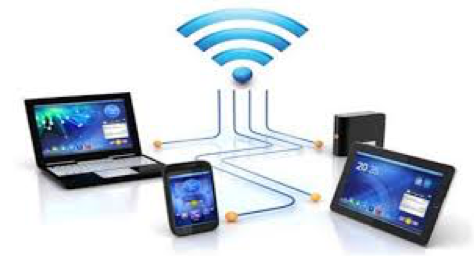 Indian perspective is not mature enough to differentiate the data. We are habitual to go with the loose control services so there is less viability. At least in current scenarios, for strict data classification, a fast internet is enough to deliver almost all the contemporary services with manageable user experiences.

Wi-Fi Security, in specific and network security, in general, is something of paramount importance, but that is not much in consideration with the network service providers as their prominent motto is gain the business. Also, the general public is not conscious of the security on their network. This is not only from the ignorance point of view of consumers but our social behavioral traits too, as we have not been part of World War one or two.

So, where the future lies?

Future lies with us, WiFi is a technology that has been deeply rooted and well being there, not only coping and sustaining with other wireless access technologies but beating them too. Wi-Fi is existing standards of 802.11ac and upcoming 802.11ax are quite sufficiently empowered to fulfill Indian broadband perspective well in advance until the 5G takes its footprints. Even if the giants has its focus on 5G it’s going to be FWA cases in recent times and fulfill the backhaul requirements, in addition to fiber and satellite.

Wi-Fi has the power to fulfill not only broadband requirements but also IOT and IIoT specific requirements too. Therefore WiFi in Indian, as well as many Asian perspectives, is a holy grail.

Therefore Thinking of WiFi is not about providing few meagre objectives like bringing employment in form of retail business, or providing a connectivity for common services through PDO or CSC, but need a BiG Idea to invest and deliver a countrywide side by side associative and affordable connectivity for Broadband Access to unconnected or to Bring the remote to main stream. It’s not a technical challenge it’s a will to bring social impact, deliver WiFi in right way with right business cases in the comprehensive and coordinated way.

There must be industry associations or right forums to come forward for the kind of initiatives, TRAI’s PDO is not going to create the required framework, there need to be an integrated solution with a Big Idea.