The Transformation of Radio Receivers 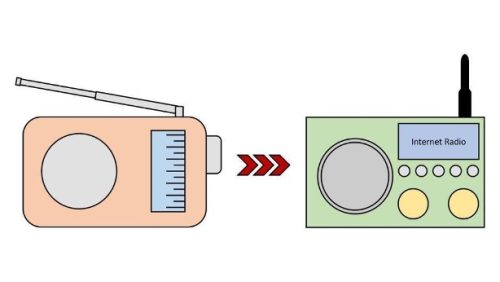 These types of radio receivers can receive analog radio broadcasts of AM/FM frequencies. Earlier there were only AM radio receivers and people used analog AM radio receivers for listening to news and music. The first temporary radio station and broadcast was done by Guglielmo Marconi in 1895, and after that many radio stations started broadcasting news, music, fiction readings, etc on AM frequencies. Since then people have started using AM receivers. After the invention of FM radio by Edwin Armstrong in 1933 — the company called General Electric came up with the idea of FM broadcasting in 1940 and showed that FM radio broadcast is better than AM and is less prone to elecctro-magnetic disturbances.

General Electric started FM radio station (WGFM) during that time but was later sold in 1980 and now it’s called WRVE (99.5 MHz) and also known as 99.5 – The River. FM broadcast can also transmit stereo music and WEFM (in the Chicago area) and WGFM (in Schenectady, New York) were reported as the first stereo FM stations. After the introduction of FM radio broadcast, FM radio receivers started to grow in the market and many receivers came with both AM/FM receiving functionality.

AM radio receivers are capable of receiving only AM radio frequencies. AM radio stations broadcast radio signals using a technology called amplitude modulation and in short it’s called AM. It first started with a crystal radio 1904 and then came vacuum tube radios in 1906; after the invention of vacuum tubes by Lee De Forest. Carrying a radio receiver everywhere was not easy at that time because of their bulky design but soon after the invention of the transistor in 1947, radio receivers became portable and smaller in size. An AM radio receiver is capable of receiving AM radio broadcast, which can be of Long Wave (LW), Medium Wave (MW) and Short Wave (SW) frequencies. The Long Wave (LW) frequency range is 30–300 kHz and most of the old AM radio receivers were able to receive longwave radio broadcasts. The longwave signals can travel as far as 2,000 Km but reception at a distance of 17,000 Km was also experienced. Radio Algerie/Chaine 1 (198 Khz) of Algeria, RTL (234 Khz) of France, Médi 1 (171 Khz) of Morocco and Polskie Radio (216 Khz) of Poland are some AM radio stations broadcasting in long wave frequencies with high power antennas. Medium Wave (MW) frequency range is 525 kHz – 1710 kHz and most of the world’s local radio stations have still broadcast on medium wave frequencies since the 1920s. The medium wave stations can be received locally but at night the radio signals can travel as far as 2000 Km and stations can be heard from another city or country. Short Wave (SW) frequency range is 3–30 MHz and many international radio stations broadcast on shortwave frequencies because shortwave signals can be transmitted over a distance of several thousand kilometers, from one continent to another. The shortwave radio signals can travel to various parts of the world because they are reflected by the ionosphere, just like a mirror that reflects light. Among all the types of AM frequencies – only shortwave frequencies can be heard from various parts of the world using any ordinary AM radio receiver.

The first commercial AM radio was RJ6 manufactured by De Forest Radio Telephone And Telegraph Company in 1916. After the invention of Superheterodyne radio receivers by Edwin Armstrong, many companies like Zenith Electronics (USA), introduced AM radio receivers like model 12S-568 and the model 7G605 in 1942 – the first portable radio. Most of the vacuum tube radios were made to receive long wave and medium wave frequencies only because shortwave broadcast was not prevalent at that time. Philips was also one such company who started manufacturing vacuum tube radios in 1927 and became the world’s largest manufacturer of AM radios. 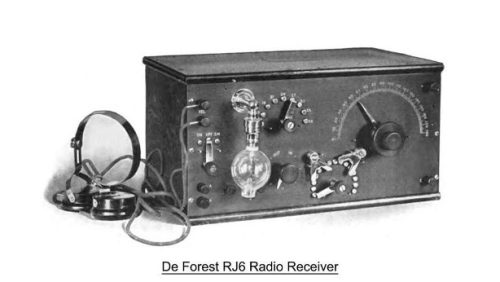 After the invention of the transistor (electronic component) in the early 1950s – many companies like Sony, Zenith, RCA, DeWald, and Crosley started manufacturing various types of AM radio receivers which were capable of receiving shortwave frequencies also. The Sony TR-63 released in 1957 was the first mass-produced transistor radio, leading to the mass-market penetration of transistor radios. 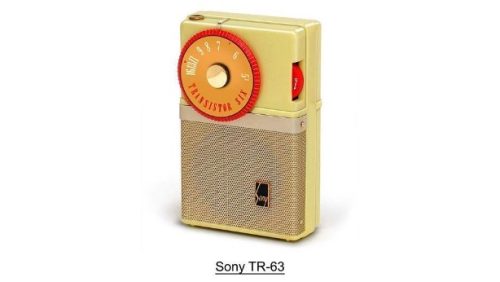 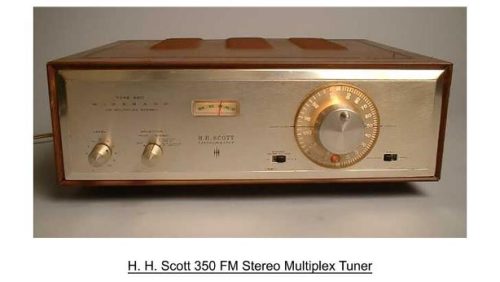 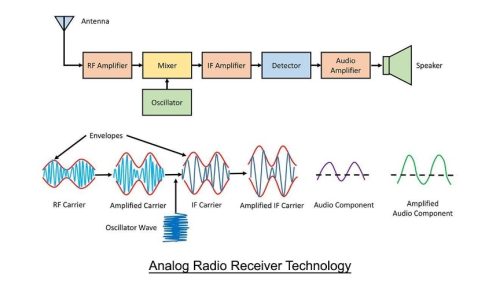 A Digital Audio Broadcasting (DAB) receiver can only receive a DAB/DAB+ radio broadcast. A DAB broadcast uses digital radio signals to broadcast audio and can offer more radio stations for the same bandwidth.That’s why it is better than the analog FM, but the audio quality is poor if the bandwidth is less than 192kbps. Moreover, the reception quality of DAB receivers degrades, if the signal strength falls below a critical threshold, whereas FM reception quality degrades slowly with the decreasing signal, providing effective coverage over a larger area. The Norwegian Broadcasting Corporation (NRK) launched the first DAB channel in the world on 1 June 1995 (NRK Klassisk). The BBC and Swedish Radio (SR) also launched their first DAB digital radio broadcasts on 27 September 1995. DAB. Since then many companies have already started manufacturing DAB receivers. Gradually many countries switched to DAB and DAB receivers became popular in the world. Companies like Pure International Ltd (UK), started manufacturing DAB receivers and it was the world’s first company to manufacture DAB receivers for the first time. In 2003, Pure launched the PocketDAB 1000 and It was the world’s first pocket digital radio. 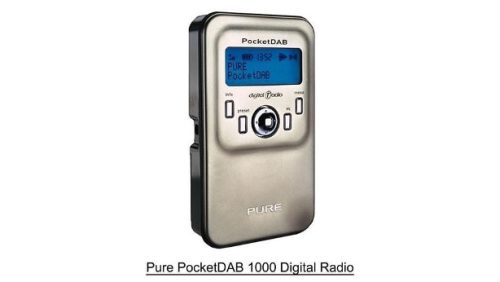 Many other companies like Pioneer, Tecsun, Revo, Tivoli, Geneva, etc manufacture DAB radio receivers. A newer version of DAB broadcast called the DAB+ has started in many countries and many new DAB receivers are manufactured to work with DAB+ but the older ones can’t. However the newer DAB+ receivers are backward compatible and can receive DAB broadcast also. Because of many good features of DAB technology, many AM/FM radio stations have switched to DAB completely, but this isn’t the case for the USA, because in North America most of the radio stations are using HD radio technology instead of DAB for digital radio broadcasting. 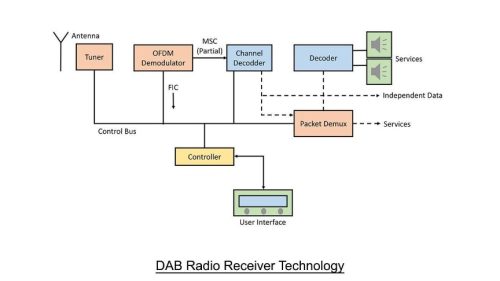 DAB radio receivers use technology for decoding digital radio signals to play the radio station. The tuner digitally tunes the radio frequency and Orthogonal Frequency Division Multiplexing (OFDM) signals are demodulated by the OFDM demodulator. The demodulated signals are used by the channel detector and the digital signals of the tuned station are used by the packet demux and decoder to make use of the digital signals by different services and audio playback. Each of these components of the receiver are controlled by the controller through a control bus, and user inputs are also used by the controller through the user interface.

This type of radio receiver can only receive digital AM/FM radio signals which is also known as In-band on-channel (IBOC). HD radio is only a trademark given to the IBOC technology that uses standard radio frequency to transmit audio and data. The digital data is transmitted just above and below the analog audio of the radio signal, so that the audio can be listened in either digital HD mode or as normal analog audio. HD radio broadcast is mostly available in the United States, Canada and Mexico. It was selected by the U.S. 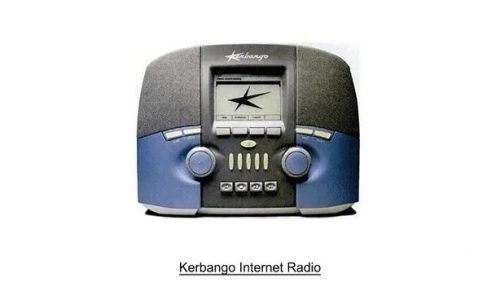 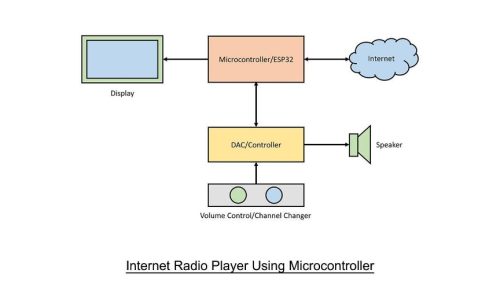 A SDR radio receiver works with the help of a software to complete various radio processing tasks like tuning and filtering of radio signals. Unlike a traditional radio receiver, in which various electronic components like filters, fixers, amplifiers, modulators/demodulators, detectors, etc., are implemented in the hardware, in a SDR receiver, such components are also implemented in the software and can be controlled with the help of a computer/embedded systems.

The first SDR was developed by the research team of an American entrepreneur and scientist called Ulrich L. Rohde, While working under a US Department of Defense contract at RCA in 1982, and it used the COSMAC (Complementary Symmetry Monolithic Array Computer) chip. However, the practical commercial application of SDR was made possible by a company called Broadcom, with the help of RF CMOS technology. The company demonstrated this by integrating a SDR on a single mixed-signal System-on-a-Chip (SOC) with the BCM21551 processor in 2007. 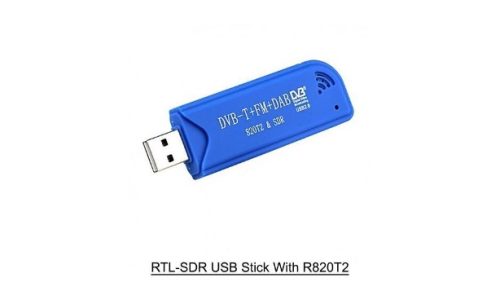 Since then many companies have introduced SDR receivers in the market for ameture use. Any USB dongle with the Realtek RTL2832U/R820T2 demodulator chip can be used as a SDR receiver with the help of a computer and SDR software like SDRSharp. It has a frequency range of 25MHz up to 1800MHz and supports both analog (AM/FM) and digital (DAB) radio reception. More information is available at https://www.rtl-sdr.com/. 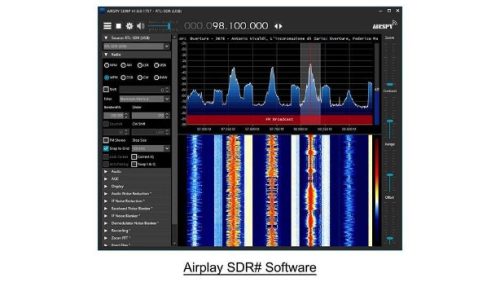 The SDR receiver hardware works along with the hardware of the connected computer. Various components of the receiver are controlled by the computer hardware according to the software configuration. The radio signals received by the antenna connected with the SDR hardware is used by the flexible RF hardware of the SDR. Only the flexibility of the RF hardware makes it possible to work in many different modes with the help of a software. The filtered radio signals are converted to digital data and are used for channelization and sample rate conversion. This data is then used by the computer for further processing to output the data for audio. 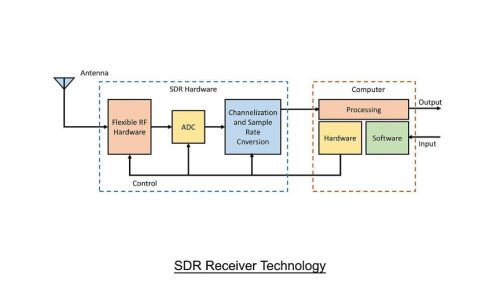 Therefore, analog radio technology has some good features that makes it a winner in some worst case scenarios, and it’s one of the best technologies ever made.