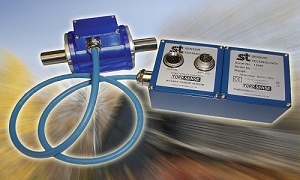 Oxford YASA Motors, a company involved in commercialising the YASA motor developed by Oxford University’s Energy and Power Group is engaged in the development and manufacture a new type of axial flux motor that features Yokeless And Segmented Armature (YASA) topology. Compared with conventional axial flux motors, the new YASA motors provide a step-change improvement in the torque density, which at around 20 Nm/kg is at least twice that of other alternatives, thus making them ideal for applications such as electric vehicles where a high torque-to-weight ratio is essentially required.

The YASA topology is based around a series of magnetically separated segments that form the stator of the machine. A 500 Nm YASA motor has already been developed specifically for use in electric and hybrid vehicles. This motor is compact – with dimensions 340 mm x 70 mm  – and therefore can fit easily within the space that would normally be occupied by the front or rear differential in a typical vehicle. With the YASA motors, no differential is needed.

Since these motors have an output of 500 Nm per “slice” and peak power of around 75 kW, two of them provide sufficient power for most vehicles. For instance, the Westfield iRacer, an electric racing car fitted with two YASA motors, can accelerate from 0 to 96.5 kmph (0 to 60 mph) in less than five seconds and is capable of reaching an electronically limited top speed of 177 kmph (110 mph).

An essential element of this work is an accurate measurement of torque and speed of the motors during extensive testing. The tests often involve linking a pair of motors back-to-back, with one driving and the other acting as a brake. While conventional torque sensors based on strain gauges could have been used in this application, this would have unnecessarily complicated the design of the test rig. Additionally, such sensors have a poor reputation for accuracy and reliability.

Accordingly, the development team at Oxford YASA Motors looked for a better alternative, which it found in the form of TorqSense non-contact wireless torque sensors from Sensor Technology. Based on surface acoustic wave (SAW) technology, these novel sensors essentially comprise two thin metal electrodes, which take the form of interlocking fingers on a piezoelectric substrate. When an optimal radio frequency signal is applied to this assembly, surface acoustic waves are set up and it acts as a resonant circuit.

If the substrate is deformed, the resonant frequency of the assembly changes. This means that if the assembly is attached to, for example, a motor shaft, then it can be used to measure the deformation in that shaft as the torque transmitted by it changes. In other words, the assembly becomes a frequency-dependent strain gauge that measures torque.

As the assembly operates at radio frequency, connections are wireless. As a result, Sensor Technology’s innovative and patented TorqSense sensors can be used on rotating shafts without the need for inconvenient brushes and slip rings that are often required in traditional torque measurement systems.

For the Oxford YASA Motors application, an RWT321 sensor with integral electronics was chosen. Like all TorqSense sensors, it combines high accuracy and resolution with a large overload capacity and the ability to operate equally well with clockwise and anti-clockwise rotation. In addition to torque data, the sensor also provides real-time information about shaft speed, power and temperature.

A further benefit for Oxford YASA Motors is that the RWT321 incorporates a CANopen interface. This is directly compatible with the company’s data acquisition and analysis systems and, therefore, makes interfacing the sensor very straightforward.

The TorqSense sensor’s regular use for evaluating motor performance and delivery of dependable and accurate information ensures the continuing success of its development programme in this exciting new field.

Despite the impressive performance and versatility of its existing products, Oxford YASA Motors is committed to continually refining and improving its designs. Also, the company offers custom design and manufacturing service for motors to suit applications that are not yet covered by its standard product range. All of this means that it has a regular requirement to analyse the performance of prototype motors.