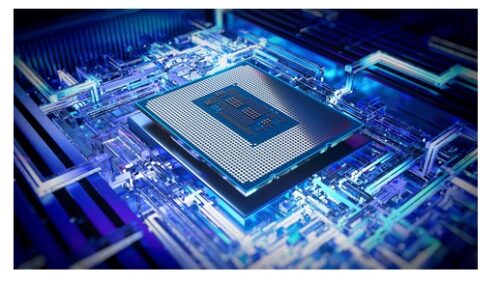 Gamers are in for a treat as intel has announced the 13th Gen Intel Core desktop family designed especially for the gaming community. The new lineup consists of 22 processors with up to 24 cores and 32 threads running at clock speeds of up to 5.8 GHz. The high number of cores, faster clock speed, and better single and multi-thread performance will enhance not just the gaming experience but will also improve streaming and recording for the user.

“We are raising the standards of PC performance once again with our latest generation of flagship 13th Gen Intel Core Processors,” said Michelle Johnston Holthaus, executive vice president and general manager of the Client Computing Group at Intel. “The 13th Gen Intel Core family is the latest example of how Intel is enabling amazing experiences to happen on the PC – at scale and across all PC product segments. Combine this with an industry-leading partner ecosystem and new solutions like Intel Unison, and together we are showing the world what’s truly possible with the PC experience going forward.”

The higher number of E-cores and better single and multi-thread performance of the 13th Gen Intel Core desktop processor lineup enables it to handle multiple, compute-intensive workloads and provide higher frame rates. Some companies, such as the Creative Assembly have announced to optimize their games for the new 13th Gen Intel Core Processors. The processor also features PCIe Gen 5.0 support, with as many as 16 lanes off the processor and offers up to 2x the L2 cache and a higher number of L3 cache. Apart from gaming, the 13th Gen Intel Core desktop processors empower users with leading-edge performance and experiences in content creation and processor-intensive tasks.