Isolation is almost always built into electronic equipment to provide protection against shock and damage. High voltage, high power industrial applications (including power storage systems and solar inverters which are seeing increased adoption) are no exception, requiring even more stringent reliability demands due to the harsher temperature conditions and the need for continuous, long-term operation.

Conventional solutions utilize a photocoupler and other components for flyback-type isolated power supply control. However, this presents challenges associated with current consumption and reliability (including circuit scale and product life). In contrast, the BD7F series reduces the number of external parts by nearly half by eliminating the need for a photocoupler, providing greater energy savings, reliability, and miniaturization. In addition, a newly developed adaptive ON time control method is used to improve load response time (a drawback of conventional isolated power supply ICs), while voltage fluctuation is limited to under 200mV, contributing to even higher reliability.

Samples, along with an evaluation board integrating the BD7F series (BD7F100HFN-LB), willbe available for purchase from July through online distributors. 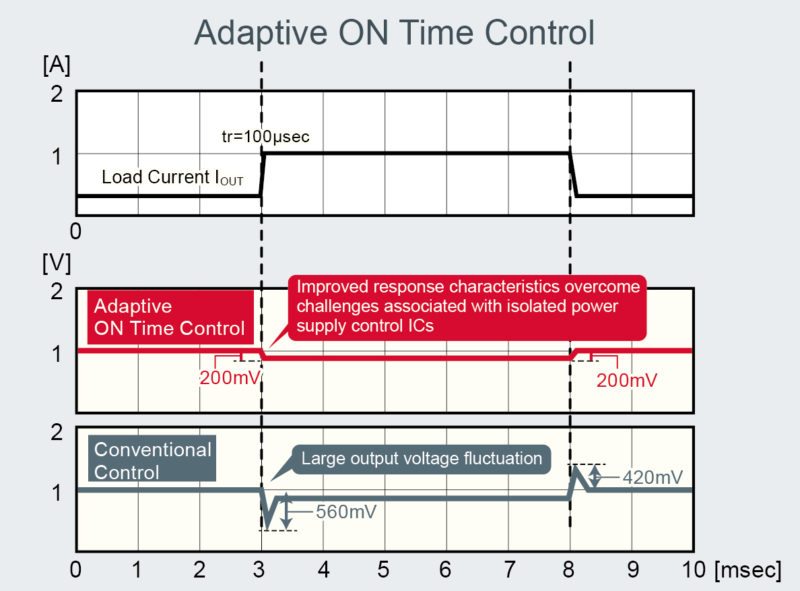 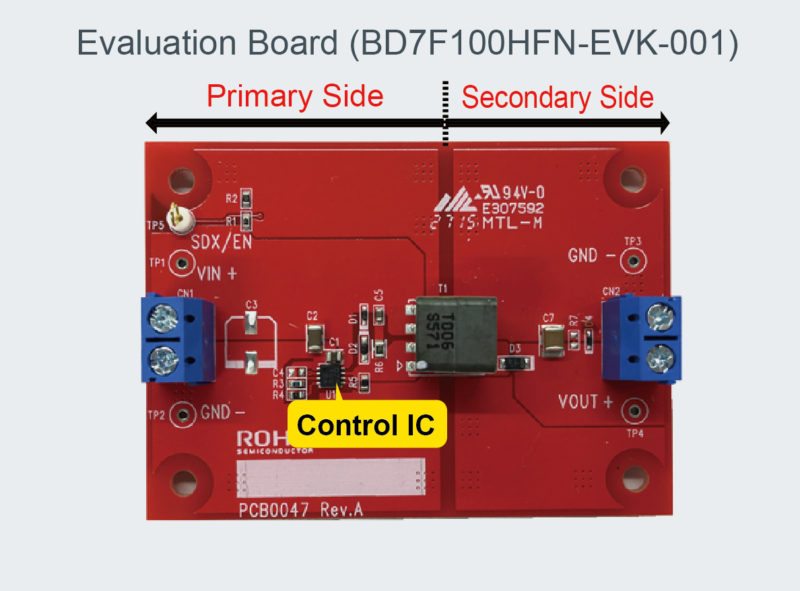 Flyback (Type)
A type of circuit used for isolated power supplies.Suitable for use up to 100W, advantages include fewer external parts and lower costs. And although other methods exist (i.e. forward type), the flyback design achieves higher efficiency and greater miniaturization.