Conveyor belts have played a massive role in achieving improved pace and quality control in production lines. But that has caused another problem as in most of the production lines it is impossible to keep track of the number of items with our bare eyes, hence a lot of sensors and machines are available these days to automate the process of detecting and counting objects. 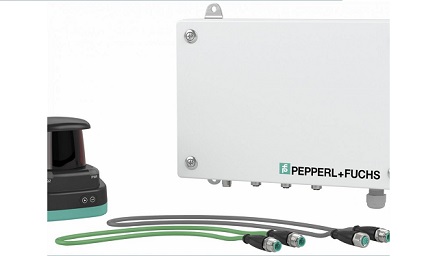 Pepperl+Fuchs has developed its own system to ensure that packages on a conveyor belt are distributed evenly to downstream stations. Contour2D sensor system by the company employs a single LiDAR sensor with a combination of an intelligent algorithm that can analyse the number of objects and can correct the shadow effect. The product is easy to install and commission thus making the Contour2D a fast and simple solution to employ. This system uses a single LiDAR scanner to detect the contour of packages on the conveyor belt and use that information to calculate the conveyor belt utilization.

According to the company, the system is capable of doing shadow effects correction which is one of the biggest reasons for error in a system. Unlike other systems which use multiple sensors, the Contour2D sensor uses a single sensor, moreover, it is capable of achieving a high angular resolution of 0.042° at a scan rate of up to 50 Hz. As a result, the sensor detects the contours of the packages on the conveyor belt with maximum precision. The intelligent software integrated with the Multi Scan Evaluation Unit (MSEU) of the sensor system subsequently corrects the measurement results. In this way, the Contour2D enables reliable shadow effect correction with a single LiDAR sensor.

The lower number of sensors and other components make this device compact as well as easier to install, furthermore, it also lowers the hardware cost and maintenance of the product. And unlike the conventional solution which employed multiple sensors which had to be calibrated and adjusted, requiring major adjustments to the conveyor belt, this system can be installed without any modification, therefore can be retrofitted to any existing conveyor belt.