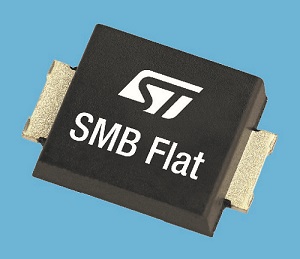 STMicroelectronics has launched 26 new Schottky diodes in low-profile SMA and SMB Flat packages, covering voltage ratings from 25 to 200V and current ratings from 1 to 5A.

The 1.0mm-high devices have a 50 per cent lower profile than diodes in standard SMA and SMB packages, enabling designers to increase power density and save space. SMA and SMB footprint compatibility allows easy drop-in replacement. Also, the new Schottky diodes have higher current ratings that allow shifting of existing SMC diode circuits to the new, smaller SMB Flat devices, and similarly from SMB to SMA Flat.

The new Schottky diodes offer designers choices from the 30V/1A STPS130AFN and STPS1L30AFN in SMA Flat to the 200V/4A STPS4S200UFN and 100V/5A STPS5H100UFN in SMB Flat. All devices have specified avalanche characteristics and feature a notched lead suitable for wave soldering and reflow. 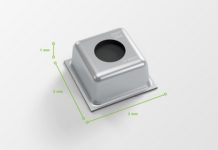 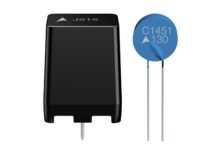 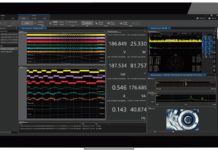