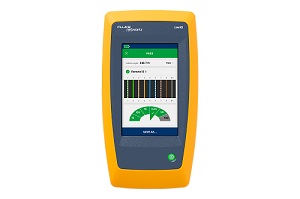 As per research by HMS Networks, a provider of industrial communications solutions, nearly 70 per cent of newly installed factory automation nodes employ Industrial Ethernet. Another research from Indu-Sol, an industrial network support organisation, states that more than half of their Industrial Ethernet service calls result from cabling-related issues. The ability to test and troubleshoot this cabling is critical to supporting industrial automation.

The LinkIQ-IE is based on a single-test approach that automatically provides the appropriate measurements based on what’s at the other end of the cable. For an open cable, it shows the length and pairing. If it’s terminated with the supplied remote, the test result shows the maximum data rate the cable can support – up to 10 Gb/s.

If the cable is connected to a switch port, LinkIQ-IE shows the name of the switch plus the port name, speed and duplex. If PoE is advertised, it will display the power and class (up to 90 W or Class 8) and then load the switch to verify the power can be delivered.

“Troubleshooting Industrial Ethernet problems often involves the use of complex tools such as protocol analysers that require years of training or trial-and-error approaches such as running bypass cable in the hope of solving the problem,” said Walter Hock, vice president of product for Fluke.

“With the ability to display switch port, VLAN and PoE information, LinkIQ-IE is a great addition to our toolkit,” said James Sinn, owner of Sinn Development, an Oakville, Ontario-based provider of design, installation and troubleshooting services. “The first thing I did with LinkIQ-IE was to test the cabling for a face shield production line. It instantly showed that the cause of the problem was a disconnected shield that made the cable susceptible to the EMI from a nearby machine tool with a large induction motor.”

The Fluke Networks LinkIQ-IE Cable+Network Industrial Ethernet Tester is available for purchase from resellers worldwide or directly through the company website.