It acts as a sensitive skin to any product surface to create localised, independent sensations at any frequency 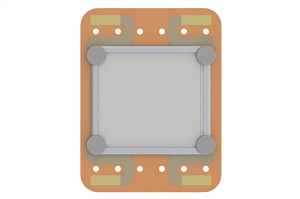 Actuators with high-performance tactile sensing are required for a broad spectrum of applications such as remote controls, smart buttons, medical devices and AR/VR. They are often large and heavy, shaking the entire device.

The thin (150 µm), lightweight, flexible and conformable haptic actuator consists of an electro-active polymer ﬁlm, that enables piezoelectric effects to mimic the sense of touch. Unlike eccentric rotating mass (ERM) technology, which is often used in devices for haptic sensations, the new haptic actuator does not shake the entire device and offers well response time.

The new haptic actuator can convey specific material textures and certain other physical attributes functionalities of buttons and raindrops. Its physiology of touch and sensation is optimal for many consumer devices, including gaming controllers, virtual reality (VR) haptic gloves and other devices with touch user interfaces.

According to a Cambridge, UK-based consultancy firm IDTechEx Research report, the market for haptics technology is growing exponentially and thanks to the increasing use of smartphones, it is set to be worth almost US$ 5 billion in 2025. The technology is beginning to appear in other industry sectors and products where newer, more advanced haptics are making significant improvements in performance and versatility.

This haptic actuator is available upon request via KEMET and its product distributors.