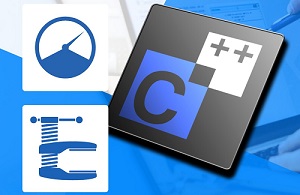 SEGGER’s compiler and linker, which have long been part of SEGGER’s Embedded Studio IDE, are now available for licensing to IDE and toolchain providers. These components can be easily integrated into development environments. In combination with link-time optimisation (LTO), they significantly reduce code size and increase speed.

Integrating some or all of these components, which are all available for Arm and RISC-V CPUs, can swiftly elevate an average GCC-based toolchain to a professional level.

“SEGGER’s emRun and emFloat have become the gold standard in the industry and have been licensed to multiple toolchain vendors and large corporations since being made available just a short time ago. On the heels of this success, we decided to also make our compiler and linker available,” says Rolf Segger, founder of SEGGER. “The combination of our compiler, linker and runtime library can generate the smallest programs out there.”

The SEGGER Compiler is a Clang-based optimising C/C++ compiler offering a modern and flexible front end and supporting the latest C and C++ language features. It has been optimized by SEGGER to generate fast and small code. Being fully compatible with GCC and Clang, existing projects can easily use the SEGGER Compiler.

The SEGGER Linker Linker simplifies linking, optimises the size of an application and solves common linking problems that normally arise in embedded system development. Designed to be very flexible and simple to use, it was written from scratch by SEGGER’s Embedded Experts, without legacy code or legacy thinking, specifically to address the requirements of embedded developers.

The linker offers many advantages over the GNU linker. It uses highly flexible placement algorithms to automatically flow code and data around fixed areas and provides ultra-fast linkage, even for large applications. It also minimises ROM usage and offers the option to compress RAM-based data and code.

SEGGER’s compiler, linker, runtime and floating-point libraries have been widely proven as part of SEGGER Embedded Studio which can also be used to evaluate these components. With SEGGER’s Friendly License, Embedded Studio can be easily downloaded and evaluated or used free of charge for educational and non-commercial purposes, on all platforms without code size, feature or time limit.