Straight from the generators, electricity is produced in thousands of volts. This is much more powerful than what we need for everyday use. Even at home, voltage from a wall plug is many times more than most household electronics need or can tolerate. Besides, different components require different voltages and amperages— higher or lower than the current flowing through most of the circuitry. Let us see how we can control this.

At a power station, steam generated from burning coal or heat from a nuclear plant turns a shaft within an electric dynamo. The shaft is attached to a rotor covered with thousands of wires. The rotor turns inside two permanent stator magnets whose fields generate high-voltage electricity in the bushings. This is transmitted as alternating current on the public power grid to homes and businesses.

Before electricity reaches electronic devices, it passes through a step-down transformer, which has a common magnetic core, usually iron, around which two wires are wrapped. Alternating current—electricity that flows first in one direction and then the other—moves through the primary coil—the wire that has more wrappings around the core.

Each time the current switches direction, its magnetic field expands or collapses, which is the same as the field moving, and induces an electric current in the coil. The current passes through the part of the core around which the secondary coil is wrapped. 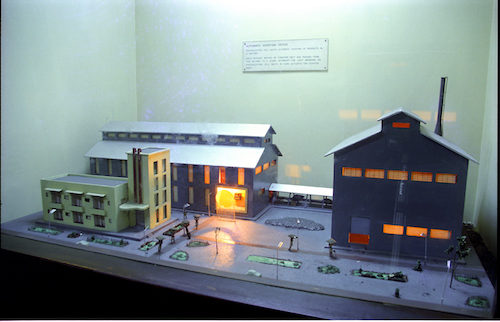 Before any electronic appliance like a personal computer can use household current, current passes through another step-down transformer or voltage-reducing circuit. Resistors are used to decrease the flow of electricity; much like a valve is used to limit the level of water that flows through a pipe. The material and its size changes the amount resistance the component offers. It is measured in ohms.

Variable resistors such as rheostat are also used in situations that call for resistance to be changed manually, on-the-fly. Another example of variable resistor is the potentiometer for controlling volume on a radio receiver. 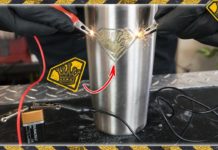 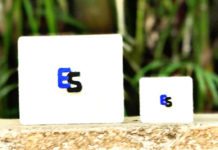 Electrosaver – Save the Unknown Loss 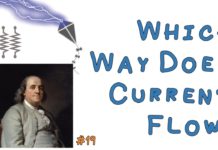 Which way does Current Flow?