Though we all know that we should not drop electronic devices in water but wetting of electronic devices does happen accidently. Dropping a cellphone or iPod into a pool, or spilling a glass of water or coffee on a laptop is a sure way to render the device useless. It also puts you in a jittery situation about the data stored in such devices. But not many people know what to do when this inevitably happens.

Damage due to liquids is unfortunately not covered under basic warranties, and many companies use liquid sensors to determine if a device has been exposed to water or other fluids.

Water damage is one of the more common threats to portable electronics, but sometimes if we dry these out properly, we can restore the device. This article presents some techniques that can be applied to save such electronic devices.

When liquids come in contact with circuits, currents can be inadvertently diverted (shorted) to other system components, where there can be two possible routes: burnout or grounding. When a burnout happens, a higher-current circuit (such as that from a power-handling circuit) is allowed to go through a more delicate circuit that was not designed for high currents, resulting in circuit components over-heating and melting.

When a grounding short happens, current from a circuit is merely diverted through the liquid to an alternate location that is able to handle the load, such as the computer chassis or one of many grounding circuits on the motherboard and computer components.

Shorts that directly ground a circuit have less potential for harming the circuit since grounding components are built to handle higher current loads. Liquids have a chance of doing either of these types of shorts, but often when these penetrate a device, components are just grounded instead of being burned out.

So if we are able to dry our system thoroughly, have a chance of clearing the shorts and possibly restoring functionality, especially if the liquid is relatively free of salts. But salts, even if dried, can form conductive crusts that may continue to short the circuits.

Technically, it is not water that destroys electronics, it is the small ions that are dissolved in water. These particles cause electricity to go places it is not supposed to—causing a short and ultimately causing your device to break down. Not all liquids are the same, ion-wise. Some have more ions than others. For instance, distilled water has next to no ions, whereas sea water has a ton of these.

This difference will determine exactly how much damage the liquid has caused to the electronic gadget. An electronic device wet with distilled water will probably work perfectly fine, but when it is wet with sea water, there is not much you can do to rescue it.

Unfortunately, liquids can very quickly be pulled into tight crevices and small components of circuit boards, aided by capillary action. Therefore even if a device appears to be completely dry, there may still be a small amount of liquid left over, and if it shorts even one circuit, the device may not operate properly.

Water evaporates when it comes in contact with dry air. So to dry liquids fast, it is best to have as much of it exposed to air as possible. Plugs and connections, and flat surfaces of components that are in close contact with each other, prevent the water’s surface area from contacting air, and thereby retain water between these, long after the rest of the device is dry.

One way to clear this liquid out is to open the device and remove major components, and dry these off with air or absorptive materials. However, this is not feasible for many devices, given the complexity involved in their complete disassembly and subsequent reassembly. Therefore the other option for clearing out these liquids is to accelerate evaporation, which can be done by both drying out the air around the device as much as possible and applying heat and then waiting.

Tips to save an electronic device from a water death

The first and most important thing is to turn off your gadget and, if possible, remove the battery and any other parts that can be taken out (SIM card, memory card, headphones and the like), along with the phone case and cover. If the power is off, there will be no current to short the circuit. This will improve the chances of recovering the device.

After the power is switched off, try to remove as much water as possible from the device, either by gently shaking it out, wiping it or removing a few panels or parts to get these really dry. Grab a soft cloth (towel or t-shirt) and soak up all excess moisture. Use a cotton swab to get around the buttons and headphone jack.

Use Q-tips and alcohol

If water is stuck in certain small parts of the device, dab a Q-tip into some alcohol (or vodka) and apply it to those parts of the device. This will work well for the internal parts of many gadgets that have circuit boards. Alcohol will help speed up evaporation, which happens when the device sits out in open air.

Unfortunately, many a time people use methods for drying wet electronics that are either ineffective or may damage the device. For instance, dried grains such as rice can absorb liquids, so some people use this as desiccant to dry out a device. However, rice is relatively ineffective at absorbing liquid from the air and may not be of much help.

Additionally, since heat helps water evaporate, people have at times baked their devices in ovens or with hair dryers, resulting in melted components and burned circuits (memory circuits such as ROM and RAM are fairly susceptible to damage from over-heating).

Other absorbents like silica gel (kitty litter) and instant couscous are known to work in some cases, besides the plain old air and sunshine. However, a new scientific study on an emergency electronic device rescue service released recently shatters the widespread myth that placing a wet smartphone in a container of rice is an effective way to dry it.

The optimal window of opportunity to restore a wet electronic device is less than 48 hours, and it is always best to act as soon as possible. The study not only proves that rice is an ineffective drying agent, but that it is actually less effective than simply leaving the device out in the open to dry naturally on its own—but neither method will thoroughly dry the device.

To help in drying out small devices like mobile phones and wrist bands, engineers have come up with Thirsty Bag, which is a sealed container that contains molecular sieve desiccant. Place a drenched phone, camera or any other device in it; after a while the liquid will get absorbed into the desiccant and leave the device dry. To help the process, heat the package a bit using an electric warming pad or similar device. But do not use an oven, as it is very easy to over-heat and damage an otherwise restorable device.

Thirsty Bag is useful, but is meant for smaller devices. For drying out laptops and other items that will not fit in the bag, you will need canned or compressed air, heating pad or other heat source and sealed bag or airtight plastic container that is just large enough to hold your device.

With these tools handy, remove the battery, hard drive and optionally RAM. Then, unscrew the bottom cover and remove it so that the guts of the system are exposed. Use a few wads of toilet paper to wedge the screen open. Blow canned air in and around the device to rid it of as much liquid as possible.

After this is done, prepare the plastic container by placing the desiccant in the bottom and covering it with some paper towels. Place the laptop and its removed components in the container, propping these up so air can flow around as much as possible. Seal the container to prevent humid air from entering it.

The last step is to place the container in a warm place, or on a heating pad, and let it stay there for at least a few days. Ensure that the temperature does not exceed the recommended storage temperature for your device (check your device’s specifications). Depending on the degree of fluid penetration, you might need to keep the device in there for up to a week to ensure it is fully dry.

If the device is still not working and is not covered by any warranty, you can rinse the device with pure distilled water and dry it again. When liquids like soda or juice dry, these leave residual salts behind that can continue to short out a circuit.

Feel free to liberally dunk the device in copious amounts of pure distilled water (ensure it is distilled and not mineral water) so it flows in and around it, followed by draining the device, opening it up and placing it in the desiccant chamber again to dry. Doing this should clear out residual salt contaminants left behind from the initial liquid, and potentially clear any shorts these may be causing. But do this as a last resort if an initial drying does not work, and if the device is not covered by any warranties. 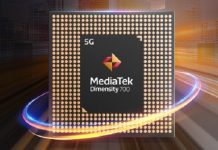 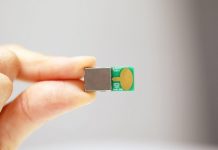 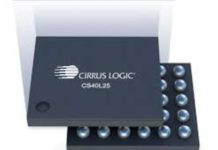